Say, how's that 'multi-cultural integration' of Sharia law working out in Europe? 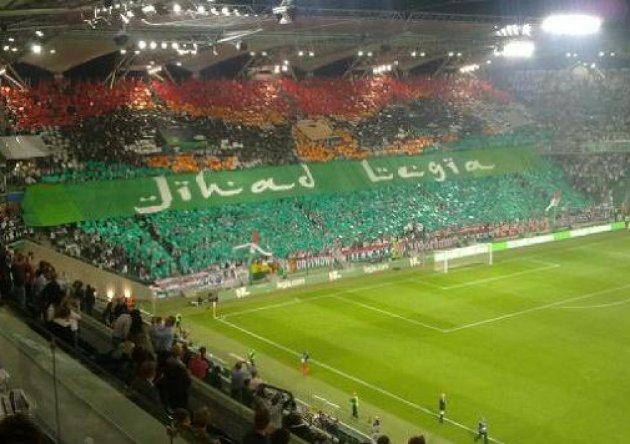 Poland: "Polish fans of Legia Warsaw piggybacked on extreme Islamic rhetoric on Thursday night in the Europa League, as they displayed a ginormous “Jihad Legia” banner in the match with Israeli outfit Hapoel Tel Aviv... To many the unfurling of the giant banner was a distasteful act which stunk of antisemitism. Written in Arabic-style letters, the green banner was construed by many as a thumb in the eye to Hapoel and moreover the Jewish people at large." 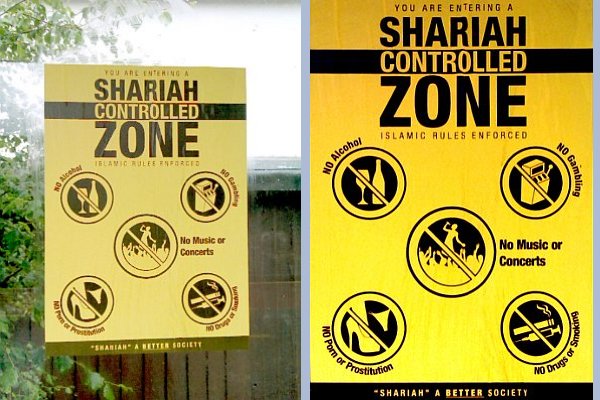 London: "This is what London has come to. Halal food in all schools. No eating in front of your Muslim colleagues during Ramadan. Special accommodations for Muslims in public buildings. Officially sanctioned sharia courts.

And above all, no “racist” speech. Muslims may gather and scream “Death to those who insult Islam!” with impunity. But a non-Muslim who objects to the spread of sharia may be arrested, charged, convicted, fined, and slapped with an Anti-Social Behavior Order (ASBO) forbidding him from taking part in any activist events for several years.

This is the reality of 21st century Britain. This is not creeping sharia, it is galloping sharia." 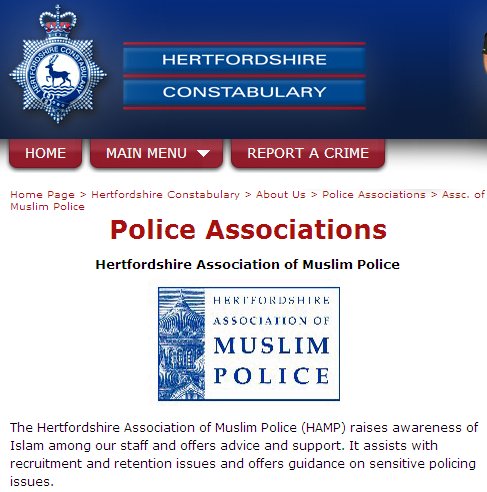 'The Islamization of British Police': "While sounding friendly, [its mission of 'assistance' of 'minorities'] implies that the working environment for “cultural minorities” is not fair or just at present, a subtle accusation of what would be called 'racism' – so subtly worded that few would identify it and yet fewer object to it.

The 'assisting' would constitute of advice on how to change the police force in order not to offend “cultural minorities”, also known as “sensitivity training”. This, unfortunately, tends to render the police force ineffective in cases where normal police procedure – like the use of sniffer dogs – violates religious law stating that dogs are 'unclean', and the like. Whenever there is a clash between secular and religious law, it is easy to make a qualified guess as to which side AMP will be on.

Before writing this off as 'speculative', it is instructive to see this conflict of interest play out in practice. The National Association of Muslim Police in 2010 rejected the claim that Islam can be blamed for terror attacks." 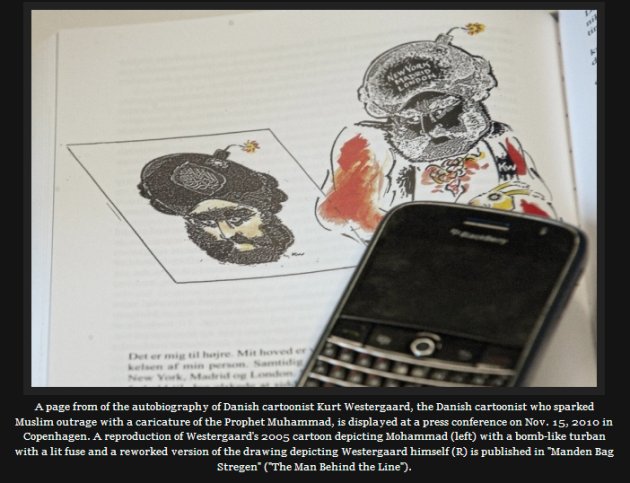 Denmark: "Five men planning to shoot as many people as possible in a building housing the newsroom of a paper that published cartoons of the Prophet Muhammad were arrested Wednesday in an operation that halted an imminent attack, intelligence officials said." 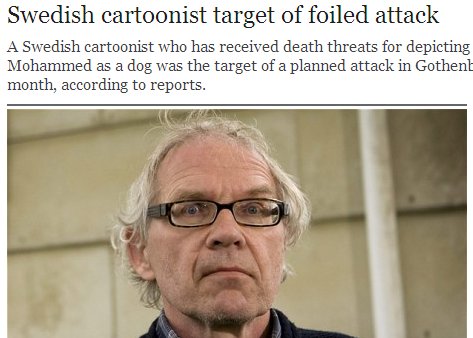 ...An elite counter-terrorism unit arrested four people in Gothenburg and shortly afterward evacuated hundreds of people from a building hosting an art fair "after concluding that there was a threat that could endanger lives or health or cause serious damage."

And Sharia is incompatible with the United States Constitution.