I wonder how these climatards plan to survive winter?

College environmental activists met Thursday with Environmental Protection Agency chief Lisa Jackson to tell her what they're doing at their schools to try to shut down campus coal-fired heating plants.

"It's so important that your voices are heard, that campuses that are supposed to be teaching people aren't meanwhile polluting the surrounding community with mercury and costing the children a few IQ points because of the need to generate power. It's simply not fair," Jackson said. 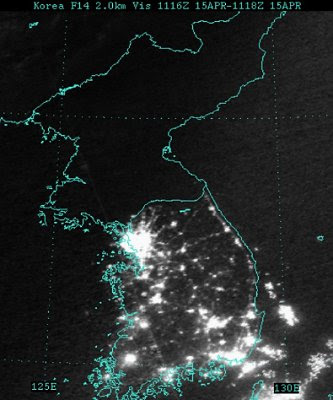 The three dozen student activists from coal-consuming states such as Georgia, Kentucky and Indiana included leaders of Sierra Club campus groups that have been pushing to switch from coal to cleaner forms of energy.

"Make sure we don't lose what we have already in trying to keep stretching forward," Jackson told them. "Because it would be tragic if we take one step forward and then we end up taking five or six steps back."

Republicans, who control the House of Representatives, have held 168 roll-call votes so far this year on measures that would reduce the EPA's authority under the Clean Air Act, the Clean Water Act, waste-disposal laws and other national laws.

"None of them are safe right now," Jackson said of those environmental-protection statutes. "It was my generation and a generation before who advocated in the '60s until 1970, and finally they created the EPA in 1970. You would think all that's behind us? We're talking about losing all that."

..."In Indiana we get more than 90 percent of our electricity from coal. This means that fish in our lakes and streams are polluted with mercury and other pollutants from coal ash and combustion," [one student] said.

Johnson said he faced a lot of opposition on campus in Kentucky, a leading coal-producing state. He said the school's two coal plants, both around 50 years old, were close to the university's two hospitals and classrooms. "It's a serious public health issue," he said.

Lacking only evidence, logic, and reason, these gullible crackpots are perfectly willing to follow Marxists like Lisa Jackson on their malevolent mission to transform this society into North Korea.

Unbelievable stupid people. But we're pretty much doomed with the idiots in power. All the more reason to get out and vote this next year, in a big way, up and down the ballots across the country.

Just wait until these idjits make the cosmic connection between those power plants and the fact that their iPod/iPad/iPhone/iWhatever does not work because the batteries are dead and so are the power sockets that they would plug them into. Depressed they will go to get a coffee and discover that Starbucks can't make their venti soy latte because their espresso machines do not run on 'magic beans'. Of course they can sit on their bicycles connected to a generator but they will soon discover just how long they have to peddle to charge their toys up.

Even better just wait until they figure out the hard way that keeping warm requires heat to be generated in some manner. Maybe they can burn their iPod/iPad/iPhone/iWhatever to keep warm.

We really need to raise the voting age to 35.

When you're in the Ruling Class, what's wrong with being North Korea? There the leaders don't have to worry about freezing or starving. If these morons have thought about it at all, they plan to be the rulers. Really sucks to be just one of the people in the "people's", "democratic" "republic" though.

Whenever someone thinks you're a 'Right Wing Nutball' for wanting to scuttle the EPA...show them this article.

These people are officially insane.