Go back in time 22 years, say to 1989. Which car -- make and model -- could still be sold today without any cosmetic changes whatsoever?* Before you scroll down, take a guess: I think only one vehicle passes muster.

To stir your memory a bit, consider the following vehicles from the 1990 model year. 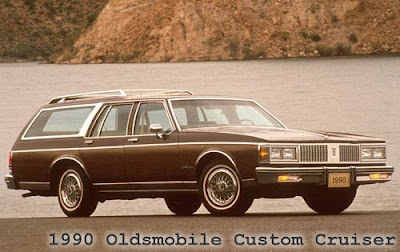 Well, this is a sweet unit. If you ever wondered how GM melted down, consider the following three words: Fake. Wood. Paneling. 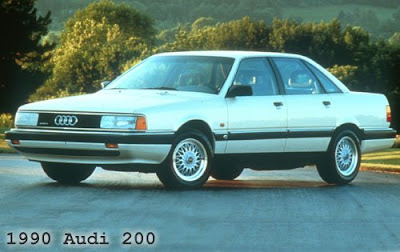 This high-end Audi looks a little more modern than the wagon, but it still doesn't come close to today's sleek designs. 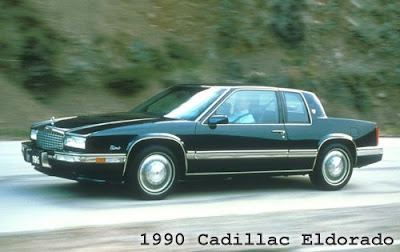 This Cadillac was another victim of a slow-moving company that punched out angular cars that looked boxes, only not as sexy. 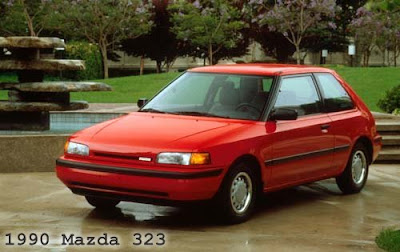 The design of this subcompact hatchback was a bit ahead of its time, but certainly couldn't compete against its modern competition: the Toyota Yaris, the Nissan Versa, the Mini Cooper, etc. 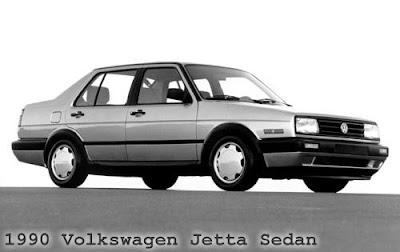 People who owned these vehicles hated them. Slightly less reliable than the Hindenberg, these Jettas were mechanical disasters and looked like someone slapped wheels on a refrigerator. Rumor has it the body was made entirely of compressed rust.

So what's the answer? Try this bad boy: 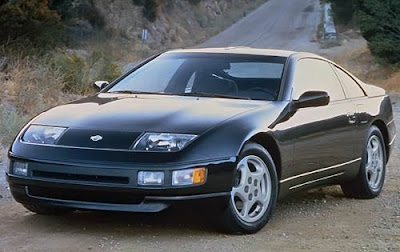 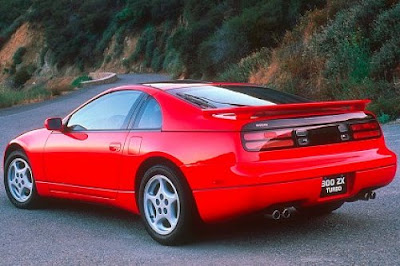 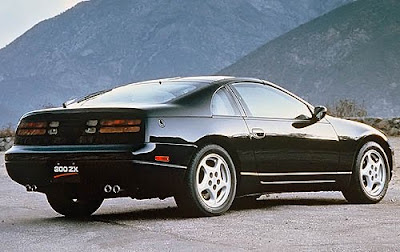 Which is a real testament to its designers.

What about the 1993 Mazda Rx-7? The most beautiful car ever made?

Nissan is still vending the Z, although the current 370Z looks like a chopped and sectioned Beetle.

I'm splitting the difference with my 11-year-old I30, which arguably looks better than any of our current bar-of-soap buggies.

The 1989 is not as good as the Nissan 300ZX but it is better than the others you posted.

The link didn't come through:
http://www.horsepowerfreaks.com/pictures/Mazda/FC_RX7

I think I like the appearance of the Nisaan 350Z more than the Nissan 370Z.

Here are some pics:

It's a thing of beauty.

I'm sorry but I think the fake wood panels ROCK

I owned a 1990 Olds Custom Cruiser. It was the only GM car I owned that didn't spend most of it's life at the mechanic. It drove smoothly and was comfortable on long distance rides. But if I was lucky I would get 15 miles to a gallon on the highway.

I would buy a new, as in made today, but same spec, could use better brakes and abs/anti-lock at all four corners(or better anti i should say) 1987 Buick GNX!

The only V6 i would own!

Avanti, any year since '63.
Newest looking car on any lot.

I have one, and I think it still looks good and contemporary parked out on the street next to cars that are much newer.

I'll bet it would still if not competing against the updated version of the same car.

The 90 Accord wouldn't look too out of place.

How about the second generation Toyota MR2? It still has great lines.

I'm with you 100% on the 1990 Mazda Miata. Its really a timeless design that still looks great today.

They're also durable as hell. Mine is still going strong with 155k miles on it, and I see first generation Miatas from the early 1990s riding around town all the time.

I an appreciate that the '90 Jetta may not be everyone's idea of a pretty car -- and that it could in fact be used as a refrigerator -- I must point out that it is not, as claimed, a mechanical nightmare. It is a solidly build, reliable and remarkably rust resistant vehicle. I should state that I am a journeyman mechanic with 30 years experience who happens to own two '90 Jetta turbo diesels, (BTW. The one pictured is not a '90) both with over 750 thousand kilometers on the odo. driven in all seasons in snowy Canada. No major rebuilds. No body work. No paint jobs. Never had a serious problem with either. They are in my opinion one of the best built cars ever. I actually think they look rather good.

Though the 300ZX is one of my favorite cars and has aged well, I wouldn't say that it's aged any better than the Lotus Turbo Esprit of the same vintage.