The Genius of Chicago Politics: Top Aide to Rahm Emanuel Enacts Rule to Award Herself a $65K/Year Pension

Mayoral Chief of Staff Theresa Mintle helped enact a special early-retirement plan at her former employer—the Chicago Transit Authority—that entitled her to a $65,000 annual pension she wouldn't have qualified for otherwise. 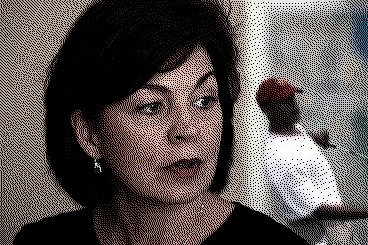 ...Ordinarily, Ms. Mintle, 47, would have needed 11 years of service to qualify for a pension at the CTA, a milestone she wouldn't have reached until 2014. But in 2008, she was involved in the approval and possibly the design of an early-retirement sweetener for agency executives containing two separate clauses that, together, allowed her to buy extra service credits and lock in her pension in exchange for leaving her job by mid-2011.

After days of avoiding questions from Crain's and the BGA, Mr. Emanuel's office said late Friday that Ms. Mintle has decided to forgo the CTA pension... News of Ms. Mintle's role in the pension deal comes at an awkward time for both Mr. Emanuel, who has been calling for big cuts in benefits owed to rank-and-file city workers, and for the CTA, where President Forrest Claypool last week proposed balancing his 2012 budget with tens of millions of dollars in concessions from CTA employee unions. In Chicago and across the state, pressure is building for cuts in public- employee retirement plans that have left governments with pension-funding shortfalls in the tens of billions of dollars.

...According to the CTA, Ms. Mintle joined the agency's government relations unit in 2003 at a salary of $105,000. A cousin of former Mayor Richard M. Daley, she rose quickly in pay and status, becoming chief of staff to Ms. Brown in 2007. Among the duties she picked up was serving on the boards of both the CTA's regular pension plan and its supplemental pension plan for top agency managers... CTA sources are sharply divided on exactly who came up with the idea for the plan and who wrote its terms. The agency refuses to release internal papers and memos detailing those matters.

...CTA officials say the early- retirement program was meant to replace more expensive veterans with lower-paid newcomers. But it didn't turn out that way in Ms. Mintle's case. Joan Coogan, her successor as chief of staff, gets the same annual salary Ms. Mintle got: $175,000.

Now you know a little bit more about the city where President Obama cut his teeth: the capital of government corruption and taxpayer abuse.