Got Slut? The Left Launches a Coordinated Attack Against Rush Limbaugh

If a ringer goes in front of Congress and demands that I pay for her birth control, then obviously she must suffer from nymphomania. Because contraceptives don't cost a heck of a lot of money. And, if she's truly needy, there's -- what -- a Planned Parenthood in every neighborhood?

I mean, she wants free contraceptives, but what about cancer patients? Should we be subsidizing Sandra Fluke's sex life? Or should we be spending that money on cancer research or other real women's health issues?

• Someone named "Sandra Fluke" -- if that is her real name -- testified in front of Congress in support of a "contraception mandate". That is, she publicly demanded free contraceptives as a matter of "women's health" and was treated to a liberal media smucker-fest.

• Well, it turns out Fluke, positioned by the media as a 23-year old law student, is actually a 30-year old "reproductive rights advocate". 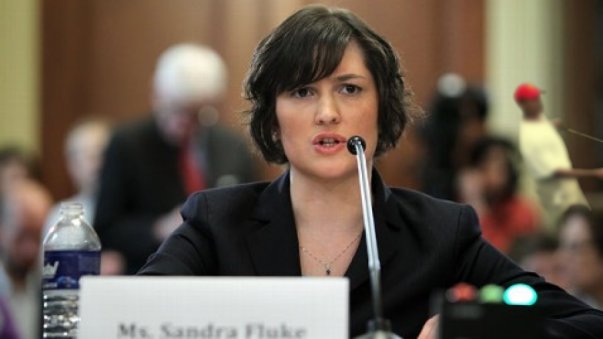 And he's right. Where are the advocates for cancer patients? How about heart attack victims? Or is the major "women's health" problem in this country access to contraceptives?

• Never ones to let a crisis go to waste, the totalitarian loons on the left -- who despise free speech -- began demanding that advertisers boycott the Limbaugh show. A couple of them actually caved, including advertisers Sleep Number and Sleep Train.

Turns out I need to buy a new bed and was thinking about a Sleep Number mattress. No more. They can go find some hippies to buy their products.

• Senate Democrats -- with no pressing matters to which to attend like the economy or the debt or passing a budget -- began circulating a petition and raising money for free condoms their campaigns.

• In response, Rush announced he was waiting for Bill Clinton to call Sandra Fluke to see if she is okay.

• And just a few hours ago, President Obama (with little else to do, since there are no looming economic or foreign policy crises) joined in the attacks: Obama considers Limbaugh’s remarks “reprehensible,” according to White House spokesman Jay Carney. He said the president called Fluke to “express his disappointment that she has been the subject of inappropriate personal attacks” and to thank her for speaking out...

Meanwhile, Iran still is moving ahead with their plans for nuclear terrorism, gas prices are poised to hit $5/gal. and real inflation is moving toward 10%. And Obama wants free contraceptives. Happy to see that Democrats have their heads screwed on straight.

Ah Ms. Fluke living up to her parasitic flatworm name. Sucking the life out of the taxpaying host.

Sluts and stoners should pay for their own recreational pharmaceuticals.

“Never ones to let a crisis go to waste, the totalitarian loons on the left -- who despise free speech -- began demanding that advertisers boycott the Limbaugh show.”

You could set your watch to the Left’s faux outrage.

Glad I read this. Our mattress has about had it and the wife and I were going shopping tomorrow for a new one. We actually were going to check out Sleep Number since we had heard them advertised on Rush's show and they sound really comfortable. No more. Bye bye Sleep Number.

"...she must suffer from nymphomania..."

Not to mention narcissism!

She mentioned that birth control was so expensive for her. Not to attack her appearance or anything like that, but she doesn't exactly look like the type that has to beat guys off with a stick!

The only reason I can see why anyone would jump the Fluke is because they're too lazy to jerk off.

Here's my $40 alternative to a Sleep Number, and we've been sleeping on it for over 7 years:

We had a king size $1200 water bed with deluxe pillow top we were tired of. I took out the water bags and replaced them with two Coleman air mattresses. One for his side, one for mine. Adjust as necessary, zip it up, and sleep better than you ever have.

When you find the desired Sleep Number, you rarely change it, so why fuss with all the extra pumps and crap when you can just put your lips together and . . . blow?

Has anyone checked out Fluke's sexual preference?

This whole thing is engineered to bring women to the left. The right should have ignored it but instead took the bait and allowed the light to taken off the abysmal Obama record.

Hmmm, so the Left is in a snit over Rush's comments regarding Ms. Fluke???

Gee, where were they when Sarah Palin was being vilifed and called the 'c' word by the same hypocritical Left???

If Ms. Fluke was your sister, how would you then feel about Limbaugh's comments?

If she were my sister, I would want to kick that prick in the gonads. If he has any.

Cancer treatment? Wtf why are we even paying for that. IF you smoke, gtfo. I am sick of paying higher rates because of smokers and fat people who can't stop eating. Why the hell am I paying for insulin! I am not diabetic. My kids are grown, why should I have to pay for sluts- married or not- to have theirs? Have you priced those machines for sleep apnea lately? And now i find out that my state requires coverage for retards! If you have bad genes stop having kids! I don't want to pay for them.

Jesus, these are some seriously juvenile and unreal comments. Un-effin-believable.

May all your sisters get knocked up.

No, I'm not paying for your cancer treatment. If you want to eat pesticide-ridden vegetables, smoke cigarettes, lay in the sun and live near a factory then take some personal responsibility for your actions and pay for your own cancer treatment.

Do you realize how stupid this argument is? Also, how am I getting free contraception? I still have to pay my own insurance premium every month, which is more expensive than my birth control pills would be out of pocket, and I haven't had any other medical needs for several years. So you keep screaming about paying for my contraception when I'm paying for my own premium which covers my contraception AND someone's cancer drugs.

And another point that you smart individuals have missed - you don't take a contraceptive pill everytime you have intercourse. I know you probably didn't get sex ed because your parents thought it was the devil, but you take one pill every day regardless of whether you have sex once or fifty times. Which makes the argument that Ms. Fluke is having so much sex that she can't afford her pills just another smokescreen for slut-shaming.

But critical thinking doesn't seem to be the forte of the writer or the commenters here, so have fun with your stupid little barbs about Ms. Fluke's name and your hilarious misunderstandings about how contraception works.

Hey Rachael were you on the OJ jury?

In my day a woman who demanded to be paid for her sexual activities was called a whore. I see things haven't changed that much.

Barack Obama is a Stuttering Clusterfuck of a Miserable Failure