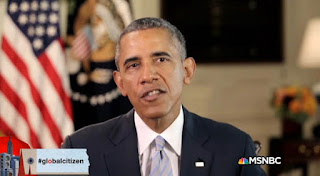 On October 2nd, Barack Obama promised to keep talking about his anti-gun agenda on a regular basis and to continue to publicize it, but he said something far more important that is being ignored. He made a very important admission about the real purpose of gun laws.
He admitted he can’t sort through these gun owners to find out who will or will not use a gun to kill so therefore he has to reduce the numbers of guns. It hasn’t worked in Chicago as one example of a state with extremely tough gun laws and it won’t work nationwide. Therefore, the next logical step is what The Washington Post is openly publishing – a push for a gun-free America. That has always been the goal.
This is what he said specifically.
“It’s true that the majority of these mass shooters are angry young men but there are hundreds of millions of angry young men around the world. Tens of millions…most of them don’t shoot. It doesn’t help us just to identify..and the majority of people who have mental illnesses are not shooters. So we can’t sort through and identify ahead of times who might take actions like this. The only thing we can do is make sure that they can’t have an entire arsenal when something snaps in them.”
He repeated his lie that if law-abiding gun owners didn’t have as many guns, there would be less gun violence. Clearly, he hasn’t heard about gangs, but more than that, he is admitting that he thinks the only thing that will stop these killers is to have fewer guns.

If Hillary is president, she has assured her followers that she will be much tougher than Obama and will pass executive orders to stop gun violence. She too believes in ruling by fiat.
If the gun control advocates could come up with a law that would stop some of these mass shootings, people of all stripes would listen but they can’t as Barack Obama said on October 2nd. The goal is not to put in laws that will stop gun violence but to use the laws to make owning a gun more and more difficult until few can own one.
Refusing to look at the evidence and come up with a relevant approach makes the gun control movement nothing more than a satire.
If evidence mattered, the activists would consider the fact that gun ownership is increasing while gun crimes are decreasing or at least they were before Obama began his 21st century policing campaign.
Many lives are saved each year because of guns but the statistics are either ignored or manipulated down.
Obama’s own gun study disproved most of his anti-gun statements.
This argument is purely ideological and not based in actual facts. Their facts are manipulated studies they commission.
Mass shootings provide a stage for zealots. These are the same people who want to let criminals out of jail, who feel sorry for hardened criminals and hope to save them, but rarely talk about the victims. Instead of allowing Americans their inherent right to bear arms, they hope to make the country into a gun-free zone.
Criminals are clever enough to commit their crimes in gun-free zones and to attack the innocent.
In Chicago, where gun crime is out of control because of gangs, not because of law-abiding gun owners, the anti-gun people come up with ideas to stop it which can’t possibly stop it instead of enforcing the laws they have on the books.
Anti-violence programs are being shut down due to a lack of funding but they are also not working. Chicago police have complained that one such program called CeaseFire was comprised of staff who weren’t sharing information or working closely enough with them. Some program members were committing crimes themselves.
Chicago has ‘Safe Passage’ routes to make the streets safer for school children going from home to school as part of the ‘culture of calm’. The program was started in 2009 with Stimulus money and continues on about $26 million tax dollars each year.  It will cost $600 million over ten years, CNN reported.
Gangs predictably ignore the signs. Most of the routes are near sex offenders and the routes are not always safe or logically planned out. It’s not that approaches like this are bad ideas and shouldn’t be implemented but they are no panacea.
Chicago’s gangland is being ignored and legal gun owners are the targets of the Chicago mayor.
I shouldn’t say that. Rahm Emanuel, Mayor of gangland, did address it in 2012:
“We’ve got two gangbangers, one standing next to a kid. Get away from that kid. Take your stuff away to the alley. Don’t touch the children of the city of Chicago. Don’t get near them,” Emanuel — President Obama’s former chief of staff — told anchor Scott Pelley.
The Chicago Police Chief knows what the problems are – it’s the Pilgrims. During a radio talk show, he patronizingly said:
“It’s a big issue. It’s a long time coming. We’ve done a lot of things wrong in policing in this country. I’m willing to admit that,” said Chief McCarthy. “But this goes back 200-300 years to the time when Pilgrims came here and things developed from that, the African American experience in this country.”
The chief also blamed the white police officers.
The deadliest September prompted Mayor Rahm Emanuel to blame police hesitation and heavy media scrutiny for criminals running wild.
“We have allowed our Police Department to get fetal, and it is having a direct consequence. They have pulled back from the ability to interdict … they don’t want to be a news story themselves, they don’t want their career ended early, and it’s having an impact,” Emanuel said, according to the Washington Post.
Maybe they should back their police instead of blaming them.
You don’t bring rhetoric to a gun fight and the left is feeding us baseless rhetoric. You don’t bring anything less than a gun.

at 2:00 AM
Email ThisBlogThis!Share to TwitterShare to FacebookShare to Pinterest

One point to add, the Communist/Socialist/Progressive who wish to rule by executive order do so that they might ignore the government limitations contained in the Constitution will do this so as to assure that guns are NOT removed from society, but to ensure that guns are only allowed in the hands of the ruling party and NOT in the hands of the people. Which if you think about it, THAT is the reason they must ignore and do away with the Constitution (that they will swear to uphold and defend by the way). What good Communist/Socialist/Progressive would ever allow the government to be ruled by, of and for the people? Foolish peasants should not be allowed to get uppity with their betters. An unarmed society is a peace filled society, eventually. - Just look at how peaceful the mass graves of the USSR is...and the mountains of skulls in Cambodia and the untold millions who have died in the workers paradise in North Korea. Please be aware that all of these good liberals do NOT wish to remove all of the guns from our society, just the ones that are currently being held by the peasants.

So in other words, it's way too hard to bother making any attempt to identify -- and possibly help -- the relatively few alienated angry young men who might lash out. It's far easier just to ban guns for the vast majority who are law-abiding.

And this will help, how? It will simply disarm the law-abiding; and will have absolutely no effect on the alienated angry young men, whom you haven't even bothered to try to find, much less help. They'll find their guns... or other weapons and still wreak their havoc.