HILLARY LETS IT SLIP: If Elected President, She Will Indeed Try to Confiscate Your Guns 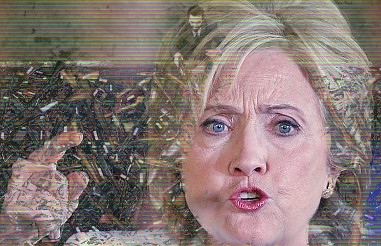 As Hillary Clinton floundered on the witness stand last week, despite withering help from her Democrat apologists who dutifully fell in line and insisted that she can do no wrong, her speech last Friday on the subject of private ownership of guns by American citizens has gone largely unreported.

Last Friday, Clinton, in a rare moment of honesty, advocated for the forced confiscation of privately, legally-owned guns from otherwise innocent American citizens.

She extolled the virtue of the “Australian Model,” which in 1996 was a universal gun “buy-back” program. She went on to say that such a system “would be worth considering (in America) on a national level.”

She deceitfully made it sound as if Australia’s gun “buy-back” program was optional, that is: “discretionary” on the part of Australian citizens.

What she hypocritically failed to mention is, in Australia the government “buy-back” of privately, legally owned guns was not voluntary! “Selling” every one of your guns to the government was made mandatory, and the paltry price paid was dictated by inaccessible government bureaucrats, with no provision for appeal.

In plain English, they used your money to confiscate your guns.

Within less than a year, nearly all privately-owned guns were thus permanently confiscated by the Australian government. Most were subsequently destroyed, including prized family heirlooms, in highly-publicized, public ceremonies, so as to sneer in the faces of newly-disarmed Australians. The few that were not turned-in are now contraband.

Since then, violent crime has gone up in all parts of Australia. Clinton curiously failed to mention that.

Cynical professions of innocence aside, this is what all liberals, and most other Democrats, are pushing for in America. Clinton just let it slip out a little early.

Having been abused by Little Barry for 8 years then electing a Socialist by majority, and one who promises to double down could make resistance in the face of a "mandate" problematic. But hey, war could break out, muslims could start stabbing Americans, an event that would bitch slap Americans back into reality could happen.
If it doesn't, you might be looking at your future because we didn't love Liberty enough.

In the late 1700's only about 1/3 of the people living here stood up against the King and his troops.

Will we fare any better against the tyrants from DC ?

Remember, this may go on for years. Anybody got any Cosmoline?