The article discusses how the US Armed Forces’ need for warriors—-men of rare talent, intellect, and courage that has always been essential for victory in any armed conflict by the US Military, have been systematically purged from the US Armed Forces by the occupant of the Oval Office.– the subtle purge has been underway for nearly 7 years. Over the same nearly 7 years, China, Russia, Iran, and the ISIS Radical Islamic Terrorists have grown in strength, modernized their military weapon systems, and have been honing their combat skills in Crimea, Ukraine, Yemen, Iraq, Syria, Libya, Lebanon, the Philippines, the Diaoyu/Senkaku Islands, and the Spratly Islands in the South China Sea. 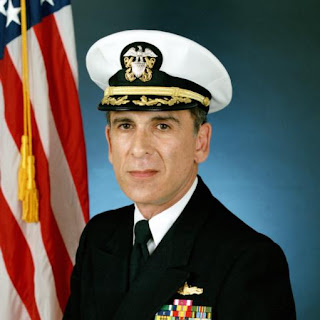 Obama’s priority has been to replace warriors in front line combat units with Illegal Aliens who are not proficient in English, women, transgender individuals, felons with police records, and gay members who are being recruited into Obama’s new “Politically Correct” US military. Obama has turned the US Armed Forces into the first major openly gay military force in the world, and last year11,000 straight male members in the US Armed Forces were sexually assaulted by gays—driving the retention rate for straight males to new lows.

The commanding officers of combat forces that once were warriors are slowly being replaced by briefcase-carrying, yes-men and yes-women, more interested in driving the Social Experiment On Diversity into the military, driving the “Political Correct” agenda requirement for promotion, howling out the strength of the US Armed Forces, and purging thousands of senior enlisted Non Commissioned Officers who opposed massive social change in the US Armed Forces. The leaders of Obama’s US Military seem to care more about their careers than about the Obama administration’s downsizing of the US military and the steady degrading of the National Security of the Republic.

(2) Forced the new & dangerous Rules of Engagement (ROE) on US Combat Forces in harm’s way, those ROE were responsible for increasing combat deaths by 458%/year, and those dangerous ROE increased the wounding & maiming of thousands of military personnel by 378%/year

(3) They both supervised the downsizing of the US Navy to the number of ships the Navy had in its fleet before WWI, reduced the strength of the US Army to the manning level if had before WWII, and allowed the US Air Force to become a smaller and older air force than in any time since 1947

(4) They presided over the purge of hundreds of Senior Officers, General Officers, and Flag Officers, and the removal of thousands of senior enlisted Non Commissioned Officers who opposed Obama’s systematic hollowing out of the US Armed Forces.

(6) They systematically drove women into tip of the spear combat hardened units such as US Marine Corps Infantry Units, US Navy Seal Teams, and US Army Ranger Battalions.

Over nearly 7 years, Obama has not only down sized the US Army to a lower manning level than the Army had before WWII, but he has changed the warrior leadership philosophy of the US Army, an Army that was once led by warriors like Generals Pershing, General MacArthur, General Patton, General Bradley, Army Air Force General Curtis LeMay, General Ridgeway, and Genera Schwarzkopf, to the generals that Obama promoted who passed his litmus test for “Political Correctness”.

The Convening Authority, General Creighton W. Abrams, Jr, USA, Commander, US Forces Command, refused to allow the members in Bergdahl’s platoon to testify, even though they witnessed Bergdahl’s desertion, and excluded recorded transmission from the Taliban saying Bergdahl was joining their combat units, from being introduced as evidence into Bergdahl’s Article 32 Hearing. Bergdahl would have been executed in WWII for “Desertion and Misbehavior In The Face of The Enemy.”

We encourage you to read the below listed article and forward it to those in your address book who would support halting the continued hollowing out of the US Armed Forces.

Copyright 2015, Capt. Joseph R. John. All Rights Reserved. This material can only be posted on another Web site or distributed on the Internet by giving full credit to the author. It may not be published, broadcast, or rewritten without permission from the author

Obama has done nothing good during his tenure in office.

Obama's administration has demonstrated to the people that a rouge "Commander in Chief" that has made decision after decision to hurt our countries National Sercurity from his support of Islam to his support of a nuclear Iran, from his illegal executive actions on immigration to Obamacare, all while purging our military might to pre- WW II levels. What happened to Seperation of Powers? Is there no mechanism to stop a rouge President? After two terms this President has turn this country back decades, both foreign and domestic. History will tell this story of the Obama Presidency as one that has done more serious damage to our country then any of our enemies ever could...

this Commander-in-Chief leaves a lot to be desired!!!

Spoken like the true racist, bigoted black-hating you are.

Bad
things are happening in the country, and only the racist bigots on the
right are trying to pin it ALL on the black man in office.

This isn't journalism. Ross cites no data. He's pushing a narrative.
Zero context. No opposing viewpoints. Reading the comments, you can see
that the audience for this garbage is mostly racist morons who enjoy
their hatred and fear. What a way to earn a buck, Chuck Ross.

It wouldn't be the first time that the FBI Director was wrong,
but it is quite possible that some cops decided not to do their jobs
because of increased scrutiny of how poorly some of them have.

If they can't do the job properly and legally they shouldn't be Cops.... Find another line of work if you can't handle it.

Those claiming that all lives matter in the tweets---what have they
done to show that they actually practice what they preach? They are
doing precisely what they accuse the President of doing. If they truly
believed all lives matter, where were they when innocent children were
murdered in Baltimore in the recent rash of violence? Where were they
when the infant was murdered in his crib a few years ago? Where were
they when this
happened? All I heard was nothing, which tells me that those tweeters
are only interested in what can get them attention, as opposed to true
altruism.

What a stupid conclusion for a ranking officer Ross. This is called sedition! No better than the Tea Party of theocrats or the Koch of oligarchs. This is vomit.