While under fire, the FBI gave the appearance of severing connections with the Southern Poverty Law Center which many consider a hate group and others have condemned as a scam. Apparently, that wasn’t the case. 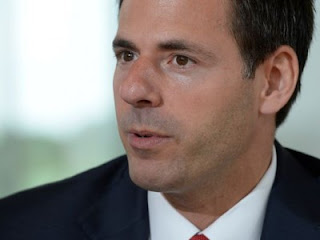 The Obama administration has found another way to fight terrorism with yet another layer of bureaucracy, more PC, and more red tape. In their fight against terrorism, the FBI has decided to officially lump all domestic terrorists, including mass shooters who are insane, with radical Islamists. They are establishing an office to make it happen.
It sounds like PC run amok  but it could be even more than that. They seem to be making an attempting to redefine terrorism and they are using a discredited group for guidance.
The announcement was made at a conference with the radical left group Southern Poverty Law Center (SPLC) and George Washington University (GW) where they came up with the funded research. GW might give SPLC an air of undeserved respectability.

At the gathering held by GW and SPLC, Assistant Attorney General John P. Carlin defined the event: "'We are here to talk about combating domestic terrorism, which the FBI official explained is 'Americans attacking Americans based on U.S.-based extremist ideologies.'”

They lauded the partnership of SPLC and GW with whom they have partnered.


"The partnership between SPLC and GW serves as a reminder that violent extremism is neither a new phenomenon, nor one that is limited to any single population, region or ideology."
The SPLC is a scam and it's a money maker according to an article in The Washington Times in 2014.

“Hate crimes” as defined by the SPLC include Christian opposition to same-sex marriage, the article noted.

In March of 2014, the FBI, which has included SPLC data as “a resource” on their website, appeared to sever its link with the organization by dumping SPLC as a listed resource from the bureau’s Hate Crime Web page.

The dumping followed appeals of 15 family groups to Attorney General Eric Holder Jr. and FBI Director James B. Comey to sever the connection.

Apparently the "dumping" was only a visual. They are still using them as a resource and they still endorse them from what was said at this conference.

They are also lumping all "terrorism" into one broad category. This is nothing all that new but this notion that there is no difference between radical Islam and insane mass killers is being intimately integrated into every government agency and could be misused.

The assistant AG outlined the plan to bring all terrorism under one umbrella:

"Much attention has focused on those inspired by Al Qaeda and the Islamic State of Iraq and the Levant’s (ISIL) message of hate and violence spreading worldwide and reaching homes here in America through the group’s unprecedented social media recruitment efforts. And rightly so.
But today is a good opportunity to focus the conversation broadly on violent extremism here in America. The threat ranges from individuals motivated by anti-government animus, to eco-radicalism, to racism, as it has for decades.
The full spectrum of violent extremism shares a number of common elements, and our approach to disrupting them must recognize these connections."
The left likes to bring everything back to the Oklahoma bombing because many were killed and it wasn't the act of a leftist, it was an act of terrorism from what they consider the extreme right.

Even when talking about radical Islamists, they make it about Oklahoma:


"As just one example, earlier this year, two women were charged in New York with conspiring to build a bomb to conduct an attack in the United States. While these women were motivated by Islamic extremist ideology, they allegedly conducted research into the type of bomb used in the Oklahoma City bombing, demonstrating the continuing resonance of that attack."
How does using the same type of bomb tie these radical Islamists to Timothy McVeigh?

The rest of Carlin's speech focused on the Charleston killer and white supremacists and the repeated mention of the SPLC. The FBI's new motto seems to be "all terrorism matters" but one wonders where this is headed.

Since they are in collaboration with SPLC, the next quote isn't reassuring as it's meant to be:


"We do not investigate people for exercising their First Amendment rights, but we are obligated to investigate extremist groups and individuals when we have reason to believe they may be involved in the commission of a federal crime, including threatening violence."
Carlin said the FBI defined domestic terrorism as "illegal activities that are dangerous to human life that take place primarily here in the United States and appear to be intended to “intimidate or coerce a civilian population, influence the policy of a government by intimidation or coercion, or affect the conduct of a government.”

That's a broad definition, especially when they make statements like this:


"Although law enforcement is a powerful tool, it is not the only tool. We must also reach individuals early on their path towards radicalization. Programs like those associated with GW and SPLC will be particularly valuable on this front."
SPLC has classified Pamela Geller, Dr. Ben Carson, World Net Daily, innocent ranchers, anti-gay marriage groups, and others as haters and terrorists.

Watch:
at 2:30 PM
Email ThisBlogThis!Share to TwitterShare to FacebookShare to Pinterest

"We are here to talk about combating domestic terrorism"

Everything old, is new again. They never get tired of it. It WAS a great country. It really was something (L*rd). It was glorious.

"""Carlin said the FBI defined domestic terrorism as "illegal activities that are dangerous to human life that take place primarily here in the United States and appear to be intended to “intimidate or coerce a civilian population, influence the policy of a government by intimidation or coercion, or affect the conduct of a government.”"""

Lies that begat lies that begat lies... According to that statement and Doug s next article up, BLACK LIFE'S MATTER IS A DOMESTIC TERRORISM ORGANISATION. Does ANYBODY SANE believe the FedGov is going to go after them? If you are reading this blog, you are in a demographic that they ARE targeting. Sooner or later, it's gonna be your turn.

WAKE UP! Pray to God Almighty do something while you still can...