The most dangerous misconception about our criminal justice system

Earlier this week, Heather Mac Donald testified on criminal justice and the deincarceration movement before the Senate Judiciary Committee. 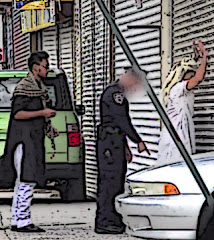 Today I want to examine the broader political context of the Sentencing Reform and Corrections Act. We are in the midst of a national movement for deincarceration and decriminalization. That movement rests on the following narrative: America’s criminal justice system, it is said, has become irrationally draconian, ushering in an era of so-called “mass incarceration.” The driving force behind “mass incarceration,” the story goes, is a misconceived war on drugs. As President Barack Obama said in July in Philadelphia: “The real reason our prison population is so high” is that we have “locked up more and more nonviolent drug offenders than ever before, for longer than ever before.” In popular understanding, prisons and jails are filled with harmless pot smokers.

The most poisonous claim in the dominant narrative is that our criminal justice system is a product and a source of racial inequity. The drug war in particular is said to be infected by racial bias. “Mass incarceration” is allegedly destroying black communities by taking fathers away from their families and imposing crippling criminal records on released convicts. Finally, prison is condemned as a huge waste of resources.

Nothing in this dominant narrative is true.

Prison remains a lifetime achievement award for persistence in criminal offending. Drug enforcement is not the driving factor in the prison system, violent crime is. Even during the most rapid period of prison growth from 1980 to 1990, increased sentences for violent crime played a larger role than drug sentences in the incarceration build up. Since 1999, violent offenders have accounted for all of the increase in the national prison census.

Today, only 16 percent of state prisoners are serving time for drug offenses—nearly all of them for trafficking. Drug possession accounts for only 3.6 percent of state prisoners. Drug offenders make up a larger portion of the federal prison caseload—about 50 percent—but only 13 percent of the nation’s prisoners are under federal control. In 2014, less than 1 percent of sentenced drug offenders in federal court were convicted of simple drug possession; the rest were convicted of trafficking. The size of America’s prison population is a function of our violent crime rate. The U.S. homicide rate is seven times higher than the combined rate of 21 Western nations plus Japan, according to a 2011 study by researchers of the Harvard School of Public Health and UCLA School of Public Health.

The most dangerous misconception about our criminal justice system is that it is pervaded by racial bias. For decades, criminologists have tried to find evidence proving that the overrepresentation of blacks in prison is due to systemic racial inequity. That effort has always come up short. In fact, racial differences in offending account for the disproportionate representation of blacks in prison. A 1994 Justice Department survey of felony cases from the country’s 75 largest urban areas found that blacks actually had a lower chance of prosecution following a felony than whites. Following conviction, blacks were more likely to be sentenced to prison, however, due to their more extensive criminal histories and the gravity of their current offense.

The drug war was not a war on blacks. It was the Congressional Black Caucus that demanded a federal response to the 1980s crack epidemic, including more severe penalties for crack trafficking. The Rockefeller drug laws in New York State were also an outgrowth of black political pressure to eradicate open-air drug markets. This local demand for suppression of the drug trade continues today. Go to any police-community meeting in Harlem, South-Central Los Angeles, or Anacostia in Washington, D.C., and you will hear some variant of the following plea: “We want the dealers off the streets, you arrest them and they are back the next day.” Such voices are rarely heard in the media.

Incarceration is not destroying the black family. Family breakdown is in fact the country’s most serious social problem, and it is most acute in black communities. But the black marriage rate was collapsing long before incarceration started rising at the end of the 1970s, as my colleague Kay Hymowitz has shown. Indeed, the late Senator Daniel Patrick Moynihan issued his prescient call for attention to black out-of-wedlock child-rearing in 1965, just as that era’s deincarceration and decriminalization movement was gaining speed.

It is crime, not incarceration, that squelches freedom and enterprise in urban areas. And there have been no more successful government programs for liberating inner-city residents from fear and disorder than proactive policing and the incapacitation of criminals.

Compared with the costs of crime, prison is a bargain. The federal system spends about $6 billion on incarceration; the state system spent $37 billion in 2010 on institutional corrections. The economic, social, and psychological costs of uncontrolled crime and drug trafficking dwarf such outlays. And prison spending is a minute fraction of the $1.3 trillion in taxpayer dollars devoted to means-tested federal welfare programs, as Senator Sessions has documented.

To be sure, the federal drug penalties are not sacrosanct. But though all sentencing schemes are ultimately arbitrary, our current penalty structure arguably has been arrived at empirically through trial and error. Sentences were increased incrementally in response to the rising crime rates of the 1960s and 1970s. Those rising crime rates were themselves the product of an earlier era of deincarceration and decriminalization. Sentences lengthened until they took a serious bite out of crime, in conjunction with the policing revolution of the 1990s.

Violent crime is currently shooting up again in cities across the country. Police officers are backing away from proactive enforcement in response to the yearlong campaign that holds that police are the greatest threat facing young black men today. Officers encounter increasing hostility and resistance when they make a lawful arrest. With pedestrian stops, criminal summons, and arrests falling precipitously in urban areas, criminals are becoming emboldened. While I do not think that the current crime increase is a result of previous changes in federal sentencing policy, it behooves the government to tread cautiously in making further changes. However, I unequivocally support the “productive activities” component of Section 202 of the Act, to the extent that it aims to engage all prisoners in work.

In closing, let me say that the committee would provide an enormous public service if it could rebut the myth that the criminal justice system is racist. Thank you for your attention.

Heather Mac Donald is the Thomas W. Smith Fellow at the Manhattan Institute and a City Journal contributing editor.

Related: How we lost the "War on Poverty".