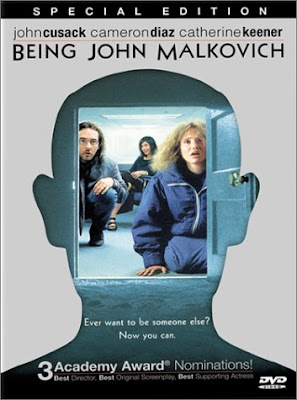 It is no longer considered a brilliant or unwarranted diagnosis to conclude that Barack Hussein Obama suffers from Narcissistic Personality Disorder, in which people have an inflated sense of their own importance, a deep need for admiration and a lack of empathy for others; all usually disguising a fragile self-image that is vulnerable to the slightest criticism.

It would not be unfair, in my opinion, to speculate that Obama may also demonstrate some characteristics of malignant narcissism, where individuals might display an increased level of hostility and sadistically undermine organizations in which they are involved, as well as dehumanize the people with whom they associate; in this case, the United States and ordinary Americans, respectively.

In government, such conduct can manifest itself as a form of antisocial behavior, camouflaged aggression, in which the formal regulations and procedures of an organization are used in both delivering and masking aggression, appearing as non-confrontational, in which the perpetrator can go unnoticed and those harmed may not even be seen as victims of aggression.

If Obama's behavior is defined by narcissism, his motivation originates from a profound animosity towards American values and traditions. It is why he has, throughout his life, embraced Marxism and Islam, both of which have a mutual hatred of Judeo-Christian democracy and a shared belief that the United States, as the cornerstone of Western civilization, is the embodiment of evil in the world.

Obama's "transformation" is a euphemism for the degradation and humbling of a great nation he considers racist, oppressive, venal and dysfunctional unless properly controlled by the collectivist prescriptions of world government.

Perhaps any tendencies toward malignant narcissism that Obama might have, his constant lying and his antipathy for the American experience can be traced to a traumatized childhood, a mother who disregarded his basic needs and ultimately abandoned him; an absent father, who was replaced by a hardcore, card-carrying communist and pornographer.

Obama's childhood mentor, Frank Marshall Davis was pro-Soviet, pro-Red China and wrote for Party-line publications such as the Chicago Star and the Honolulu Record; contributors to the former actually served as secret agents for Joseph Stalin. Davis argued that President Harry Truman was a fascist, racist, and imperialist, and the United States was handing West Germany back to the Nazis, while Stalin was pursuing "democracy" in East Germany and throughout the Communist Bloc. He portrayed America's leaders as "aching for an excuse to launch a nuclear nightmare of mass murder and extermination" against the Soviets and the Chinese- as eager to end all civilization.

According to Paul Kengor, writing in The American Spectator, there are some truly remarkable similarities between the political actions of Obama and the ideas contained in Frank Marshall Davis' columns, such as: rejecting Winston Churchill; advocating wealth redistribution; favoring taxpayer funding of universal health care; supporting government stimulus; bashing Wall Street; trumpeting the public sector over the private sector; lambasting "excess profits"; warning God-and-gun clinging Americans about huckster preachers; seeking the political support for "social justice;" excoriating the "tentacles of big business," bankers, big oil, corporate profits; lambasting tax cuts that "spare the rich;" singling out the "corporation executive" for not paying his "fair" share; and so on.

By the autumn of 1980, as a student at Occidental College, nineteen-year-old Obama was already known as an ardent Marxist. Some years later he would become a friend and colleague of the America-hating, radical leftist and unrepentant domestic terrorist Bill Ayers.

I have previously described the policies of the Obama Administration as the intersection of radical ideology and incompetence.

Obama is "incompetent" as a President in the sense that his narcissism prevents him from accepting responsibility and learning from his mistakes.  His ideologies, namely Marxism and sympathy for Islam, compound that "incompetence" by driving him to pursue policies that run counter to the national interest and the well-being of the American people.

Sorry, but I just don't think he's on our side.

I imagine him,at every action of stupidity and hostility toward the people of this country,asking,in his own mind,'do you love me yet,mamma?'

Call it what the hell you damn please, but the guy is a cancer, a plague, a destroyer, a pervert, a liar, someone apathetic to death, a Muslim, an interloper, and, if you want my diagnosis, a POS.