Federal officials have a secret list of 11 Obamacare health insurance co-ops they fear are on the verge of failure, but they refuse to disclose them to the public or to Congress, a Daily Caller News Foundation investigation has learned. 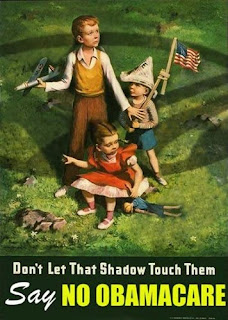 Just in the last three weeks, five of the original 24 Obamacare co-ops announced plans to close, bringing the total of failures to eight barely two years after their launch with $2 billion in start-up capital from the taxpayers under the Affordable Care Act.

Nearly half a million failing co-op customers will have to find new coverage in 2016. More than $900 million of the original $2 billion in loans has been lost.

The 11 unidentified co-ops appear to be still operating but are now on “enhanced oversight” by the federal Centers for Medicare and Medicaid, which manages the Obamacare program. The 11 received letters from CMS demanding that they take urgent actions to avoid closing.

Aaron Albright, chief CMS spokesman, said 11 co-ops “are either on a corrective action plan or enhanced oversight. We have not released the letters or names.” He gave no grounds for withholding the information from either the public or Congress.

“We have long been concerned about the financial solvency of CO-OPs,” three House Ways and Means committee members wrote to Slavitt. “Which plans have received these warnings or have been placed on corrective plans,” the congressmen asked. To date, they have received no reply.

Insurance commissioners in Vermont were the first to refuse to license the federally approved co-op there in 2013 because they feared those financial plans were unrealistic. But then the dominoes began to fall this year, resulting in at least eight co-op failures. And if CMS officials are to be believed, more failures may be on the way.

Sen. Charles Grassley , a senior member of the Senate Finance Committee who has been an outspoken critic of the troubled co-op program, said transparency should be a top priority for the faltering program.

“Since the public’s business generally ought to be public, CMS should have a good reason for not disclosing which co-ops are troubled,” he said.

Rep. Adrian Smith , is a member of the House Ways & Means health subcommittee who has been pressing to know which co-ops are in trouble.

“It’s time for CMS to stop shielding these failures from the public and start identifying faltering co-ops. Taxpayers deserve more accountability and consumers deserve to know whether the insurance they are forced to buy will still exist at the end of next year,” he said.

In creating the co-ops under Obamacare, Congressional Democrats exempted the co-ops from public disclosure rules that apply to publicly traded insurance companies and other publicly traded corporations on such exchanges as the New York Stock Exchange. Those rules require immediate disclosure of materially important financial details.

Any materially “significant event” by publicly traded corporations have to be disclosed in “real time,” according to the Sarbanes-Oxley Act of 2002.

The Securities and Exchange Commission identifies 18 “mandatory disclosure items,” for private corporations including “any material impairment of a company’s asset.”

The double standard rankles critics of the co-op experiment undertaken by the Obama administration. “The nonprofit co-ops advertise themselves as having a ‘market approach,’” said Sally Pipes, president of the Pacific Research Institute. “But if it’s a market approach, they are responsible to their shareholders and to the taxpayers to reveal the status of their business.”

Grassley agreed, saying “disclosure requirements on publicly traded companies would be a good guidepost for CMS on co-ops.”

Pipes said taxpayers are stockholders in the non-profit health insurance co-ops. “We are paying for it. We have a right to know. They don’t like to release things unless they’re forced to, particularly if it shows them in a bad light or their program to be in a bad light.”

“There is no excuse why taxpayers should not know the names of the people and groups who misspent and wasted tax dollars on publicly financed health insurance co-ops,” said David Williams, president of the Taxpayers Protection Alliance.

“When anybody receives tax dollars, they have a responsibility to spend those dollars wisely and be held accountable for the expenditures. Transparency is the first step. CMS has a responsibility to all Americans to publish this information,” Williams said.

Grover Norquist, president of Americans for Tax Reform, said “as Obamacare continues to fail, those failures point right back to CMS. They don’t want people to see that failure and think if they hide it somehow we won’t hear about it.”