Can you guess what happened next? 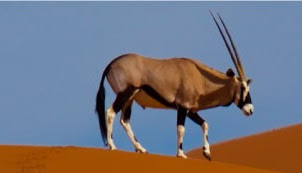 (Jo Nova) David Siegel has written six books, four of which were international bestsellers. He’s a Democrat voter, and he wants to preserve the environment. He wants that so badly he actually cares about the data, the graphs, and the arguments.  (He cares about the outcome, not just about whether he looks like an environmentalist.) When challenged to find evidence, he looked, and was surprised, then he looked more and was shocked. “As I learned more, I changed my mind. I now think there probably is no climate crisis and that the focus on CO2 takes funding and attention from critical environmental problems.”Which is a similar path to mine eight years ago. I was once a Green who believed in man-made global warming (and I was a vegetarian).

Having studied both sides, he’s written up a very sharp page, condensing what he discovered, and with a personal narrative, plus great graphs and provocative questions. Siegel wants skeptics to reach a newer crowd, to push the boundaries by sending them links to his page. (Hey, it’s a good marketing strategy for his site right? True, but he does make a real point.) He’s written one page hoping to win over people who are more liberal minded, and it just might open some eyes. It’s very readable.

I did a similar thing. As a former Green, my instinct was to compress the whole debate to four points and put it in The Skeptics Handbook. (My first post). The second Skeptics Handbook expanded into issues that show up on the left leaning radar — more about people, intimidation, vested interests, and money.

There's a whole bunch of links in the excerpt, I'll let you check them at Jo Nova's site, as well as recommend reading the entire thing. I know most Warmists won't, as they are too invested in their cultish political agenda.
I must say, this is similar to what happened with me. I was exposed to other data and facts, for one thing. I noticed that those who pushed this the hardest were total hypocrites. And, this all involves something that makes me angry: Warmists undercutting real environmentalism with their insanity, making real environmental issues secondary, very secondary, to Hotcoldwetdry (anthropogenic climate change).
Read more William Teach.

at 4:14 PM
Email ThisBlogThis!Share to TwitterShare to FacebookShare to Pinterest

Total hypocrites, you mean like algore? It is simply befuddling how many who 'preach' man made global warming STILL live a far more extravagant (and carbon producing) lifestyle while they not only demand that we kowtow to them but threaten to have us arrested for not agreeing with them. You just cannot make this stuff up.

Can't say that ever 'changed' my mind about AGW.

Carbon Credits= They can smell the money.

Leaves are turning color now and I told a good friend of mine not to worry because this 'climate change' is natural.