Another Day, Another Massacre in Syria 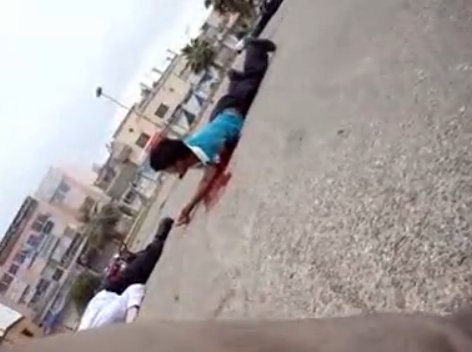 ...murders of peaceful protesters by Iran's vicious dictators
...murders of peaceful protesters by Syria's vicious dictator
...the Occupy kooks who riot, rape, pillage and otherwise erode the civil society
...Iran's continual threats to wipe America and Israel "off the face of the Earth"
...murders of Christian Copts by "freedom-loving" Egyptians
...incessant rocket attacks by Hamas into Israel
...the continued build-out of Iran's nuclear weapons program
...murders of Libyan civilians by the late, unlamented dictator Gaddafi
...the transit of the Suez Canal by Iranian warships in an outright provocation of Israel
...Iranian military personnel operating with impunity in Venezuela on missile technology
...a failed narco-terror state descending into civil war on our unprotected southern border
...being found in Contempt of Court by a federal judge over the Gulf drilling moratorium
...defying a de facto injunction by a federal judge who threw out all of Obamacare
...the union thugs who have issued countless threats against Governor Walker

However, the president is willing to courageously speak out on:
...How our Egyptian ally should step down
...Israel's construction of apartments in its capital city
...How awesome unions are for Wisconsin
...How awesome the economic recovery is
...How awesome all of the new green jobs he's saved or created are

um, are we still using the term president for this ruling class awesome great man?

I thought he already decreed he was to be called emperor?

but pay no mind all you PC robots who eat up the censorship of the Facists, just go back to your Facebook or your Twitter and pretend everything's ok.

Just as a point of order, this happened back in May. A bunch of people have reposted it in the last couple days.

But that doesn't change the gist of the post.

The not constitutional idea of
separation of church and state
effectively eliminates the moral
responsibility to do anything about much at all anymore, unless of
course the worship of money is
impeded in any way.
Just Sayin.