Because, heaven knows, you wouldn't want to use any oil when you drill for... oil. The Minot Daily News reports on the EPA's latest job-destroying initiative:

"In our opinion, this is an underhanded attempt to pick the lock on the back door and get regulatory oversight over fracturing. As I have said earlier, this could easily stop 95 percent of North Dakota drilling for 18 to 24 months and slow it to half or less of current levels after that," said Lynn Helms, Bismarck, director of the N.D. Department of Mineral Resources. 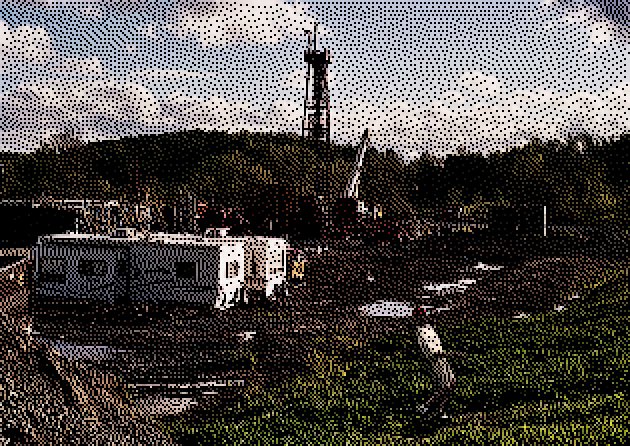 The EPA is studying any potential impact of fracking on groundwater and drinking water and Helms has said also would impact drilling in the state. That study was announced earlier this year.

Hydraulic fracturing, also called fracturing or fracking, is a process used to break open oil-bearing rock with pressurized fluid and sand. The process is used in about 95 percent of the wells drilled in North Dakota.

..."They have conducted three public meetings and the environmental community is pressing for a broad definition of diesel fuel that would define it as any petroleum distillate that is found in diesel fuel," Helms said... He said this would be a different definition than the other 163 references to diesel fuel in the Energy Policy Act 2005.

Helms said the Independent Petroleum Association of America has filed a lawsuit to stop the process, with oral arguments to be heard in federal court shortly... A brief filed by IPAA legal counsel in March said, in summary, "there is no reason to believe that EPA's new interpretation of the SDWA and its implementing regulations reflects a carefully reasoned change in policy."

It goes on to say, "An agency cannot do so formally or informally without engaging in a proper rulemaking when the consequence for the regulated community is complying at the cost of many thousands of dollars or potentially being subject to an enforcement action. EPA's decision should be vacated and EPA should be barred from enforcing its position until such time as EPA engages in a rulemaking that satisfies the APA and the SDWA."

Should the EPA successfully shut down North Dakota's oil drilling operations, it will have contributed to President Obama's record-setting figure of nearly 3,000,000 U.S. jobs -- many of them union jobs -- destroyed by his environmental, flat-earth, no-growth Marxist bureaucrats.

Obama is a CRIMINAL who needs to be JAILED for Crimes Against the Constitution! the INTENTIONAL DESTRUCTION of the American Economy can not be defined in any other way!