But, according to President Obama, there's nothing to cut!

The U.S. Department of Education will investigate the closing of East Lansing's Red Cedar Elementary following a complaint it will have a negative effect on minority students at the school. 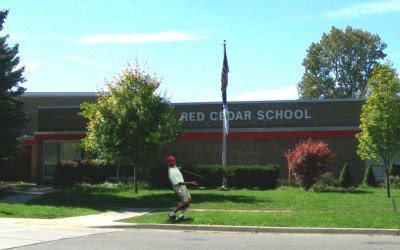 The East Lansing school district has until Thursday to provide information to the Department of Education's Cleveland-based Office for Civil Rights regarding the ethnic makeup of its elementary schools, emails, meeting minutes and information used by the school board in approving a recommendation to close Red Cedar in 2016.

...A portion of Red Cedar's 266 students are children of international families at Michigan State University, and the school celebrates its global perspective. The complaint alleges closing the school will discriminate against its students based on race, color or national origin...

Now that the Department of Education has a SWAT Team, I fully expect an armed response against the faculty and staff of the Red Cedar school.