Public utility commission and FERC board slam EPA: it "ambushed" utilities, will cause "widespread and uncontrolled blackouts"

The electric grid is in grave danger thanks to the EPA's arbitrary and draconian new regulations for utilities. Oh, and that's not just according to the utilities impacted by the agency's hastily constructed rules, it's a message echoed by public utility boards and the Midwest's seven-state Federal Energy Regulatory Commission. 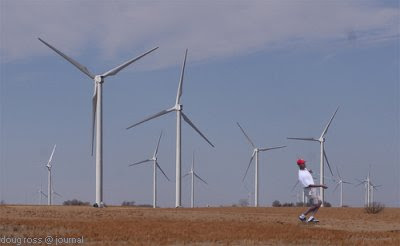 “We asked the EPA for more time, but they tell us they're enforcing the Dec. 15 deadline,” said Westar Energy CEO Mark Ruelle. “So we're pushing back. KCPL, Sunflower and us have asked a court to stay the rule. It's not our style, but we've sued through the court in D.C. and the Kansas Attorney General has filed his own lawsuit... We've cut sulfur by 80 percent and NOX (nitrogen oxide) by 50 percent,” Ruelle said, from highs in the years 2002 and 2003. “We've still a ways to go, but we have a plan to get there. Then this rule came out based on emissions crossing state lines. It came out in July and it says we must comply by Jan. 1. You can't.”

...The company can meet the more stringent regulations, but not until 2018, Ruelle said... A separate study by the Southwest Power Pool agrees with Westar's assessment... [the] seven-state regional transmission organization [was] mandated by the Federal Energy Regulatory Commission to ensure reliable supplies of power, adequate transmission infrastructure, and competitive wholesale prices of electricity for its region. 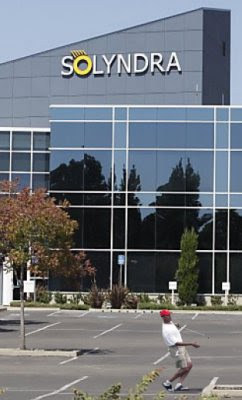 In a September letter to the EPA, which used the word concern seven times, the organization warned an initial “reliability analysis” of utility operations under the EPA timeline pointed to hundreds of potential system overloads in the region and more than a thousand cases of system voltages going too low to meet mandated levels.

The result, the letter advised, could include “the potential of cascading blackouts... or localized rolling blackouts initiated by utilities within the SPP region, to avoid more widespread and uncontrolled blackouts and to remain in compliance with reliability standards... SPP encourages the EPA to work with generation owners to develop flexible compliance schedules to ensure equipment installation is completed in a timely, safe, reliable and cost-effective manner without an arbitrary deadline..."

...Even the Citizens' Utility Ratepayer Board, which represents customers in utility rate requests, voiced sympathy to Westar's situation... “The EPA really kind of ambushed the utility, in terms of the process,” said David Springe, CURB's consumer counsel. “Clearly they're all working toward reducing emissions to the level the EPA wants. In their final order they were really radically different than the preliminary. They changed the mark they were supposed to hit and made it under a timeline that is simply not reasonable.”

Whether the EPA sticks with its deadline or works with utilities, it's ultimately the consumer that pays, Springe said... “Whether it's January or 2015, they have to retrofit the plants and rates will go up,” he said. “I don't know that I've seen a full rate estimate, but it won't be small.”

If we don't begin defunding the Environmental Protection Agency -- first by handing a pink-slip to President Obama in 2012 -- the damage to the electric grid will be catastrophic.

We can see that the eco-Marxist Left is well on its way to shredding America's energy infrastructure. 2012 may be the last chance we have to save this country from the Cloward-Piven Leftists bent on -- in President Obama's words -- "transforming this society".

What this society would ultimately be transformed into under Obama I leave as an exercise for the reader.

2012 might be the last chance. Then again, we have been on this last chance for decades. The truth is that if the Republicans save the country in the next election, they will get no credit for having done so, and will be attacked in fact for having done so, and then we are right back at the beginning next time. It is high time we just let the shit hit the fan and let people learn first hand how bad things can get. 18% unemployment is not enough, we really need 53% or more.

Look, their goal is, and has been from the get go, the taking down of America's marvelous economic machine. It is embarassing to the world's failed socialists (euro anyone?) and we must be taken down. Once you understand that as the goal -Obama becomes quite competent to do that task....

The EPA is but one weapon of the left!

I have a solution which may completely eliminate the need for rolling blackouts: Disconnect Washington DC from the grid first, and permanently.

A bit of EPA history, from the 70's:
"Who Killed The Hybrid Electric Car? A Petty Government Bureaucrat @ The EPA, That’s Who!"
http://www.rokemneedlearts.com/carsindepth/wordpressblog/?p=5398

Who is John Galt?