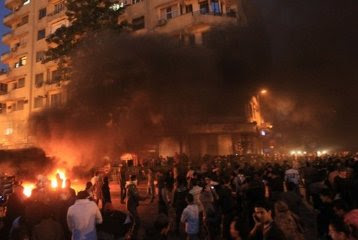 Yo occupiers! Take a look at this.

Your compatriots in Cairo are having a rough time. Makes you long for the days of Mubarak, and an end to the tenure of President Obama on 1/20/13, don’t it?

So stop whining about a little mace in the face. You never had it so good.

"At least one person has been killed and more than 600 wounded in fierce clashes between protesters and security forces in central Cairo... The clashes came as police moved to prevent a long-term sit-in..."