No wonder Michael Moore reacted so strongly to a reporter's question about his purported wealth, estimated recently at $50 million.

Because Andrew Breitbart did the heavy lifting old media refuses to do, illustrating the hypocrisy of the morbidly obese faux-Communist:

Left-wing filmmaker Michael Moore has been touring Occupy Wall Street demonstrations across the country–including some of the most violent, such as Occupy Oakland–urging activists to continue their fight against the wealthy “one percent” of Americans... Through an independent source, Big Hollywood has obtained exclusive photographs of the house matching the address of Moore’s waterfront mansion. It is the kind of luxurious summer home that 99 percent of Americans can only dream of owning. 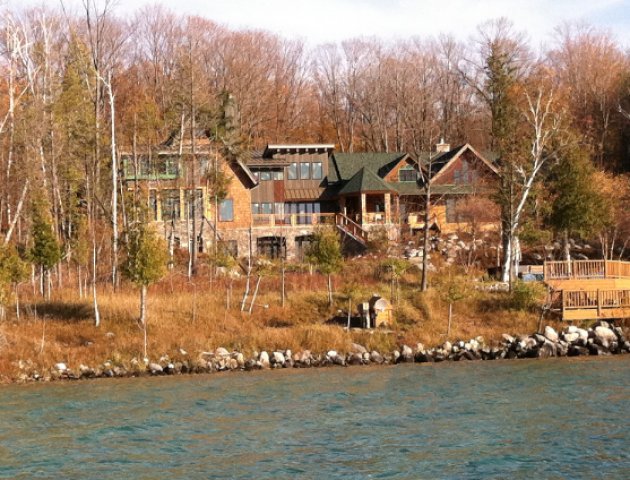 ...In addition, according to statistics from 2009, Forest Home Township has no black residents. The township is roughly 98 percent white. Call that 99 percent, and Moore’s claim to be among “the 99 percent” begins to have some basis in reality.

No one begrudges Moore his wealth, but it is deceitful for him to claim poverty while encouraging class warfare among other Americans. It is also purely narcissistic and selfish for Moore to back radical and destructive socialist policies that would deny other Americans the opportunity to become as rich as he is.

If I were a member of the #OWS crowd, I would occupy Moore's house.

Heaven knows he's got enough room for even twenty Moore-sized people in it.

Well it's easy enough to find the address in the tax info..

which if you look on Zillow has an estimate of 2.67 Million! So really, the place in Michigan is a dump in comparison!