President Obama and other Democrats have routinely pinned the blame for the 2008 housing crisis on the mistakes of the prior administration. In fact, two years ago the New York Times published a 5,100-word article alleging that the Bush administration’s housing policies had “stoked” the foreclosure crisis and, therefore, the financial meltdown. Using a variety of governmental mechanisms, the Times alleged, Bush seduced millions of people into mortgages that they ultimately couldn’t afford. 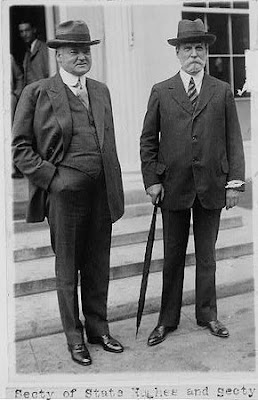 The Times has forgotten -- or, more likely, chosen to ignore -- a long and sordid history of government involvement with housing.

In 1922, Secretary of Commerce Herbert Hoover, overreacting to a tiny dip in home ownership rates reflected by the 1920 census (from 45.9% in 1910 to 45.6%), warned that three-quarters of all Americans would be renters within a few decades (experts believe that the small drop was actually related to the after-effects of World War I).

The New York Times echoed Hoover's urgency, "The nation’s stability [is] being undermined... The masses [are] losing their struggle for a better life.”

Without waiting to see if postwar prosperity might change the trend, Hoover launched a program of aggressive government intervention into the housing market. Hoover's Own Your Own Home program prompted GM, U.S. Steel and -- most significantly -- federally chartered banks to dive into the housing business.

From 1927 to 1929, national banks’ mortgage lending increased 45 percent. Despite an obviously overheated market, The New York Times applauded the “wave of home-building” turning America into "a nation of home owners." 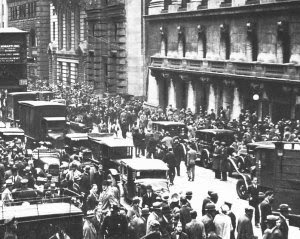 Hoover's Own Your Own Home program had created a housing bubble. Mortgage loans more than doubled in less than ten years, a primary reason that 750 financial institutions failed in 1930 alone.

You might thank that Hoover's housing debacle would have taught politicians the dangers inherent in engineering housing policy. 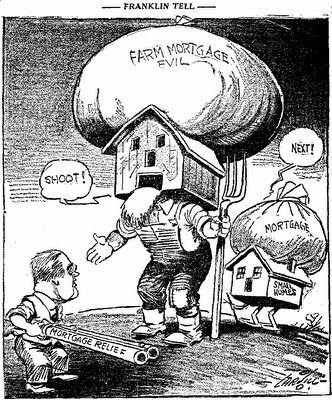 Instead, the feds reacted to the crisis by forming the Home Owners' Loan Corporation (HOLC). HOLC was a New Deal bailout organization that turned government into an even bigger player in the housing market. HOLC would buy up troubled mortgages from banks and allow homeowners to refinance.

HOLC turned into a massive federal agency, reaching 20,000 employees at its height. Despite the new loans it negotiated, 20% of these reformulated mortgages defaulted.

HOLC loan officers characterized two thirds of the defaults as borrowers refusing to renoegotiate, as homeowners rightly figured that the government wouldn't kick them out of their homes.

And despite all of its purchases of bad loans, mortgage lending never revived during the thirties. Put simply, the U.S. government had federalized much of the mortgage market.

By contrast, the foreclosure rate of conventional mortgages barely changed at all; many traditional lenders had maintained strict underwriting standards.

Ignoring all of these issues, the FHA embarked on a massive urban-loan program in the sixties and seventies. It turned out to be a catastrophic failure. 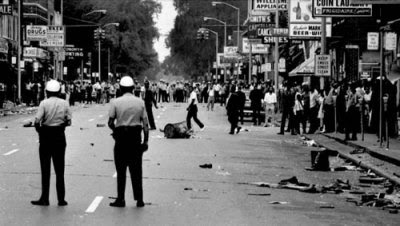 After the riots of 1968, the government passed a law giving poor families FHA-insured loans with nearly no down payments.

The result: massive real-estate flipping as speculators took advantage of the easy loan terms and uneducated home buyers. Foreclosures ran wild in more than 20 cities. The FHA became Detroit's biggest homeowner after it took about $200 million in losses. In New York, the tab ran more than $300 million. The final bill to taxpayers was estimated at $1.4 billion in losses.

Aside from the monetary losses, the program caused many neighborhoods to fall into ruins. Bushwick, a once-stable blue-collar Brooklyn community, became a burned-out husk of its former self as many buyers walked away from their properties and arsonists torched vacant homes. Entire blocks remained burned-out for years.

Once again, Washington's attempts at social engineering had failed as rampant speculation and corruption ran unchecked because the taxpayers were on the hook.

Again ignoring the problems endemic in any central planning of the housing market, the government next stepped into the breach in 1975. 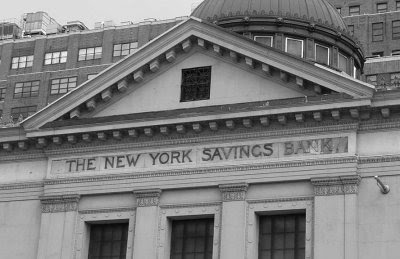 Community agitators claimed studies were demonstrating that blacks were not receiving the same number of loans as whites; and the media jumped on the bandwagon. Experts pointed out, however, that creditworthiness of borrowers had not been taken into account.

Despite these obvious failings, Congress passed the Community Reinvestment Act (CRA) in 1977. It gave regulators the power to deny banks the right to expand if they didn’t lend at "acceptable rates" in poor neighborhoods. In 1979, the Federal Deposit Insurance Corporation (FDIC) rocked the banking industry when it used the CRA to deny the Greater New York Savings Bank to open a bank branch in Manhattan, claiming it hadn't met its lending obligations in Brooklyn.

The theme was repeated over and over again. In 1980, the FDIC told a Maryland bank that its expansion plans would be denied unless it started lending in the District of Columbia, though the bank had no branches there. Then the government began instructing wholesale banks—institutions without retail branches and that don’t lend to consumers —that they, too, had to implement urban lending programs.

Another milestone to the current meltdown was caused directly by the Association of Community Organizations for Reform Now (Acorn), which threatened to stop bank acquisitions in 1986 until it accepted "flexible credit and underwriting standards" for minority borrowers. 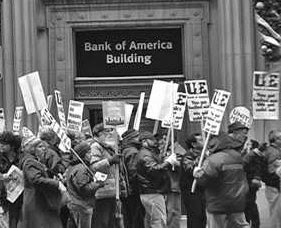 Acorn also successfully applied political pressure to Congress, which passed legislation in 1992 that required Fannie Mae and Freddie Mac to devote 30% of their loan portfolios to low- and moderate-income borrowers.

The campaign gathered inertia with the election of Bill Clinton, whose secretary of HUD, Henry Cisneros, began lobbying for zero-down loans, expanding federal insurance and using the CRA and other laws to force private money into low-income programs. Fannie and Freddie (also known as government-sponsored entities -- or GSEs) followed Cisneros' guidelines and further loosened underwriting standards, despite the FHA disaster of the sixties.

To meet the stated goals, the GSEs began enlisting large lenders to meet the new, flexible underwriting standards. In 1994, after accusions in Congress of "egregious redlin[ing]" by Rep. Maxine Waters (D-CA), the Mortgage Bankers Association (MBA) shocked the banking world by signing an agreement with HUD to increase minority lending. The first MBA member to enlist: Countrywide Financial, the firm at the center of the subprime meltdown.

As the volume of low-income loans increased, Wall Street began to take note. 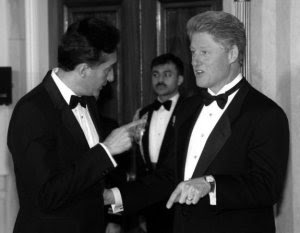 In 1999, despite new lenders in the market, the Clinton administration kept pushing aggressive mortgage products.

In July, HUD increased desired levels for the GSEs low-income lending. In September, the GSEs began purchasing loans made to “borrowers with slightly impaired credit”, lowering the bar still further. In the following years, Congress set higher goals for the GSEs.

By 2007, some $1 trillion in loans had been made to lower- and moderate-income buyers. And Countrywide was the biggest supplier of mortgages to low-income buyers for Fannie Mae.

There was no shortage of evidence that this approach was doomed to fail. 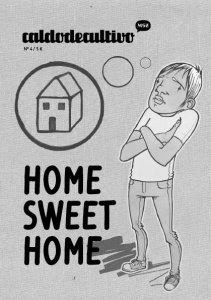 In October 1994, Fannie Mae head James Johnson reminded a banking convention that mortgages with small down payments had a much higher risk of defaulting (actually, three times more likely to default). Yet the very next month, Fannie expanded its program to include products with a 97 percent loan-to-value ratio (a 3% down payment), the result of more political pressure from Maxine Waters and others in Congress.

No matter how high ownership rates climbed, however, a new group below the bar needed help. Massive immigration during the nineties, for example, created huge new pools of prospective borrowers. The Congressional Hispanic Caucus created Hogar, an initiative that eased lending standards for immigrants, and mortgage lending to Hispanics soared. Today, in areas where Hispanics make up 25 percent or more of the population, foreclosure rates are now nearly 50 percent higher than the national average.

Last year, lenders began foreclosing on roughly 2.3 million homes; some experts believe that before the crisis is over, 8 million homes will have been foreclosed upon.

Despite all of these lessons, Washington is preparing for the next housing debacle. 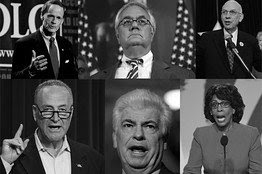 Barney Frank (D-MA) has aggressively resisted attempts to privatize the GSEs, which would eliminate both the risk to taxpayers and the political influence endemic in the series of failures. And the Obama administration’s various mortgage bailout plans have not only failed, they also eerily resemble the New Deal’s HOLC.

Behind all of these efforts are fundamental misconceptions about central planning; that masterminds in Washington can somehow perform better than the free market, where conventional underwriting programs have succeeded admirably in the past without government regulation.

If nothing else, the last ninety years have proven that political tampering in the housing market results in nothing less than disaster. And we're on course for more, if we keep electing big government Statists to office.

The pinnacle of this senseless treadmill is having the likes of Chris Dodd and Barney Frank -- arguably as responsible as any two living individuals for the most recent crisis -- writing the "fixes" for the financial system; or President Obama's pursuit of reduced underwriting standards that "repeats [the] mistakes of the past".

What's that definition of insanity, again?

It's time to get government out of the housing business, once and for all.

Liberal is turning a blind eye to another bubble they created. Sub prime Student debt loans

"People of tyranny want something & leave nothing...

People of Liberty want nothing & leave something"