How guys like Corzine and Madoff get dealt with in China

When stories like this come down the pike, I get to thinkin' there are a couple o' things about Red China I actually like. 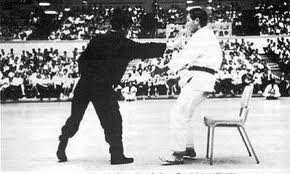 As reported today in the Suzhou evening news:

On 17Nov, 2011 his son Shen Juncheng was sentenced to ten years in prison for taking bribes valued at 13 million RMB ($2M USD) In this case, the son was using his father's connections to support getting new contracts for companies. He was then paid dividends by the companies.

I would hesitate to feel too good about this. Chinese Justice has about the same relationship to Justice, as Military Music has to Music. Quite a high probability here that this poor shlub tried to get a bribe from the wrong person, or simply has money that the State wants. (See Oil Companies, Russia)