In early 2010, then-solicitor general of the United States, Elena Kagan wrote an email to Laurence Tribe cheering for the passage of Obamacare.

...Kagan sent [an email] to Harvard Law Prof. Larry Tribe, who was then working at the Justice Department. This email was sent on March 21, 2010, the day the health-care bill would pass the House. "In an email entitled, 'fingers and toes crossed today!', ... Ms. Kagan happily says to Professor Tribe, 'I hear they have the votes, Larry!! Simply amazing."

The Judicial Crisis Network describes the case for Kagan's recusal in no uncertain terms.

...For the reasons set forth below, we find it impossible for Justice Kagan to deny that she was directly involved in the defense of PPACA, and that she should therefore recuse herself from any consideration of PPACA’s legality before the Supreme Court. 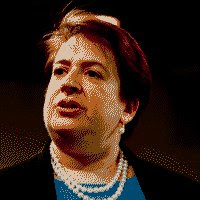 • Kagan took early and aggressive action to involve her office in Obamacare...

• Kagan made key staffing decisions starting in January of 2010...

• Kagan was part of the deliberative process in the Obamacare defense strategy...

...mandatory recusals for the Justices are governed by federal law. Section 455(b)(3) of Title 28 addresses the specific case at hand: the recusal obligations of former government employees. It requires recusal where the judge “has served in governmental employment and in such capacity participated as counsel, adviser or material witness concerning the proceeding or expressed an opinion concerning the merits of the particular case in controversy.” 28 U.S.C. §455(b)(3)...

...Subsection (a) of Title 28 directs that “[a]ny justice, judge or magistrate of the United States shall disqualify himself in any proceeding in which his impartiality might reasonably be questioned.” 28 U.S.C. § 455(a)...

...Justice Kagan is well acquainted with the recusal process. In her first term on the Supreme Court she recused herself from 29 of the 82 cases decided on the merits – over a third of the Court’s oral argument docket – because of her previous work as Solicitor General. She has recused herself from even considering at least 69 cert-stage cases so far this term. U.S. Dept. of Health and Human Services v. State of Florida, et al. promises to be the most important Supreme Court decision in a century, with broad implications for the role of the federal government and the very nature of our constitutionally limited government. In order to secure the integrity of our Courts and of that decision in particular, Justice Kagan should recuse herself from ruling on the case.

When White House Press Secretary Jay Carney was asked about the obvious need for Kagan to recuse herself, he fell back to the default Obama position: spin. 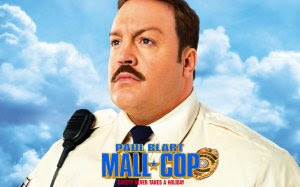 Pressed about calls for Justice Elena Kagan to recuse herself from the Obamacare challenge before the U.S. Supreme Court, White House Press Secretary Jay Carney dismissed suggestions that she is biased as "political," ending the conversation when a reporter asked about newly-disclosed emails revealing her support for the health insurance law in 2009.

..."It's a mystery to me how this can be an issue a year later, and [how] they want to revisit what they just visited a year ago," he added. "It sure sounds like a political thing to try to revisit it a year later."

When a reporter reminded Carney of newly-disclosed emails from 2009 (in which Kagan expresses delight that "they have the votes" in Congress to pass Obamacare), which were not addressed during her confirmation hearing, Carney took a question from another reporter about a different topic.

Jeff observes that this is "how you know your country is over":

The White House is able to pitch the media the idea that demanding the recusal of a SCOTUS Justice who, prior to her elevation to the Court, advocated for legislation she will be asked to rule on, is a right-wing political ploy — and the media doesn’t instantly break out into hysterical laughter.

We are so over.

Let's not give up quite yet.

2012 is coming. And I am praying my Spidey-sense is right: tidal wave.