A caller -- "Jeff" from Chicago, Illinois -- spoke with Mark Levin on November 22nd regarding advanced neurological care under the auspices of the new health care law.

Junior Cub Reporter Biff Spackle transcribed the entire conversation (only excerpts had been published before).

Every American concerned with health care needs to read this conversation. 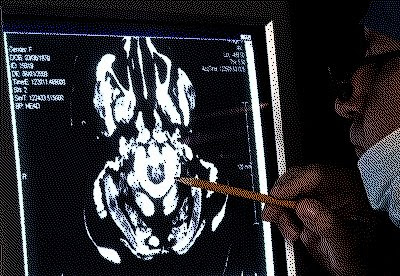 I heard you talk earlier about the government not knowing how to make pencils and you talked about brain surgeons. And I happen to be a brain surgeon, so I found your topic quite interesting.

I just returned from Washington, DC, where we were reading over what the Obama health care plan would be for advanced neurosurgery for patients over 70, which we all found quite disturbing. As our population gets older, the majority of our patients are getting over 70. They'll require stroke therapy, aneurysm therapy, and basically what the document stated is that if you're over 70 and you come into an emergency room... if you're on government-supported health care, you'll get "comfort care".

ML: Wait a minute... what’s the source for this?

ML: And who issued this? HHS?

Jeff: Yes. And basically they don’t call them patients, they call them units. And instead of, they call it “ethics panels” or “ethics committees”, would get together and meet and decide where the money would go for hospitals, and basically for patients over 70 years of age, that advanced neurosurgical care was not generally indicated.

ML: So it’s generally going to be denied?

Jeff: Yes, absolutely... If someone comes in at 70 years of age with a bleed in their brain, I can promise you I’m not going to get a bunch of administrators together on an ethics panel at 2 in the morning to decide that I’m OK to do surgery.

ML: Is this published somewhere where the general public could get a hold of it?

ML: So this was just discussed with your community of neurosurgeons? 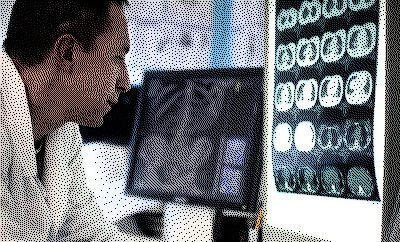 Jeff: Yes, the AANS [Ed: the American Association of Neurological Surgeons] and the Congress of Neurosurgeons, because everybody knows that cuts are coming in Medicare and medical reimbursement. And we're the most expensive out of all the fields in medicine. And we're the smallest field. But at two, three, four in the morning, we're the ones in the operating room. And we have to wait for an ethics panel to convene, which are not made of physicians -- they're made of administrators. To decide whether a patient should receive our care.

ML: So Sarah Palin was right. We're going to have these "death panels", aren't we?

Jeff: Oh, absolutely. I'm German by heritage, and I've read The Rise and Fall of the Third Reich, and -- basically, they don't call them patients, they call them units. And if you're a unit above a certain age, you get comfort care instead of advanced neurosurgical intervention.

ML: You went to a seminar in Washington, DC?

Jeff: Yes. Where a few of my former partners, two of them, have gone to work... one for the Veteran's Administration and one for the Congress of Neurosurgeons out of DC.

ML: And this information is based, you're certain, on representations and information provided by HHS and other government officials?

ML: And when will the rest of us become aware of it? After the [presidential] election?

Jeff: Probably. I mean, there's so many things that the government keeps under control that are used -- things called H.U.D. devices -- humanitarian use devices that we're allowed to use now because they haven't undergone full FDA approval. And they're used in surgery because people know it's the right thing to do. But the government can step in at any time, like they did two months ago with a device, and say, 'this device hasn't met what we want' and there's no exact criteria, and can therefore take it away from us.

ML: And the people telling you what to do -- they don't know how to make a pencil, do they?

Jeff: Exactly. That's what I'm saying. You know, we always joke around -- 'it's not brain surgery' -- but I did nine years after medical school, I've been in training ten years, and now I have people who don't know a thing about what I'm doing telling me when I can and can't operate.

"Some animals are more equal than others." Orwell was a prophet!

Some units are more equal than others

Healthcare Rationing is dangerous and it can kill you. If you need a drug or procedure, under Obamacare and a single payer system, you will be relaying on the government to decide is they will authorize and/or pay for it.

What could go wrong there?
http://www.cobrahealth.com/Obamacare-rationing.html

And make no mistake, Obamacare we set up as a single payer system.

Well, it turns out that this was a hoax. The info was on the American Association of Neurological Surgeons. The caller was not a neurosurgeon and the radio station was asked to remove it from the web site.

Here's the info to support it:
After you click on link, scroll down & you'll see a letter entitled: AANS Statement on Mark Levin Radio Show>

Please see the statements on www.cns.org and www.aans.org. These are the two organizations that the unnamed "brain surgeon" claimed had the meeting. The completely deny the unnamed caller's assertions.

At a conference, there are a number of organized sessions. The statement that I read by the group AANS states that there was no session that addressed this topic, as the caller stated. However, if you read the transcript, the caller never stated that the information was reviewed during a session, only that it was reviewed with his colleagues while at the conference. How does the AANS know who the caller was to state that he wasn't really a neurosurgeon? Not saying he is, but I'd like to know what the AANS is basing their absolute claim of impersonation on? They haven't come out to say how they know that bit of information, which makes me question their position. However, with that said, I also wonder why this doctor hasn't stepped forth to clarify his position to save face????