Did I say "Republican candidate"? Because I meant to say "Barack Obama." Kevin DuJan reports: 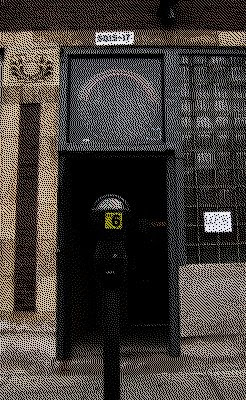 If the operating assumption is that anything whispered about by anonymous sources is true about Herman Cain, then I guess everything people in Chicago have talked about for years related to Barack Obama being a closeted gay man into younger Pakistani guys must be true too, right?

During the 2008 election, I campaigned for Hillary Clinton in the Democrat primaries. Repeatedly, I heard over and over here in Chicago that Barack Obama is gay and that his marriage to Michelle is one of mutual convenience. In the black community, this is called “being on the down-low”, where a closeted gay male weds an often-times gruff and demanding woman (typically without other male suitors of her own) to take public scrutiny off them both and afford the pair a successful life they’d never achieve separately.

There are, apparently, a lot of such relationships forged at Trinity United Church of Christ in Chicago — where Barack Obama’s pastor, the Reverend Jeremiah Wright, oversaw the coupling of down-low gay black men with sour and caustic black women.

...You need to understand how much homosexuality is despised in the black community to appreciate both the need for gay black men to stay “down-low” and the willingness of some black women to become “beards” for these men when they think they can benefit from the arrangement in some way themselves (usually because these are difficult-to-deal-with women who were unable to find anyone willing to marry them otherwise). 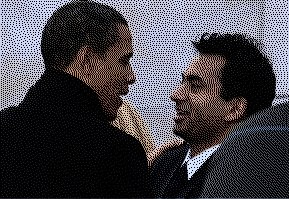 Oprah Winfrey and her longtime “boyfriend” Stedman Graham were for many years also members of Trinity United Church of Christ, and you can read whatever you may like into that.

In Chicago’s Boystown gay community, older guys who frequented the little dive bars that have been around forever told tales back in the 2008 primaries about Barack Obama slipping out whenever he was in Chicago for romps at the local bathhouse “Man’s Country”. The details given in these accounts of his activities were substantial... According to the gossip, Barack Obama would never reciprocate in these encounters, but enjoyed being pleasured by older white guys

...This jibes with everything Larry Sinclair said about his own sexual encounter with Barack Obama in the back of a limo many years ago. You remember Larry Sinclair, right? He’s the man the agenda-driven media worked overtime to destroy and did its level best to silence because he posed a direct threat to the narrative the Left needed to push for Barack Obama to elect him president — and needless to say, that narrative didn’t include Barack Obama receiving oral sex from another man in the back of a limo in Chicago. 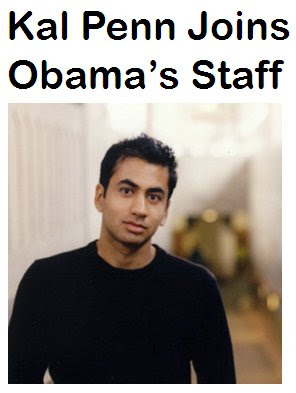 You need to appreciate that when a Democrat is accused of anything, the Democrat’s accusers are crucified with remarkable zeal in the press; but when someone whispers anything obscene about a Republican, that person is lauded by the “journalists” of the Left as the bravest and most credible person who ever lived…even if that person refuses to give her name, actually state on record what she claimed happened, or provide any sort of corroborating evidence that what she’s alleging is in any way remotely true.

To the media, it’s true just because it was said about a Republican. Meanwhile, Democrats can always get away with murder. Just ask the Kennedy family about that.

...So, why can’t we all talk about Barack Obama dating Hollywood actor Kal Penn during the 2008 presidential campaign, and Obama then inventing a strange, nebulous position for the actor in the early days of the Obama administration (just so Penn could abruptly leave his hit TV show and move to Washington to be close to Obama?). Apparently, since Penn then left the White House abruptly after just a few months of work (in a position that was created solely for him) the current President and his down-low boyfriend must have broken up.

...You know full well the “journalists” on sites like Politico would have spent the last three years digging relentlessly into a Republican president’s past, repeatedly asking why not a single former girlfriend has ever stepped forward to identify herself or speak on the record about her past with the man currently in the Oval Office.

Isn’t it strange that the public’s never been introduced to A SINGLE GIRLFRIEND that Barack Obama ever had in high school, college, law school, or the days before he met ... Michelle?

Don’t you wonder why the “journalists” of the Left have never done any in-depth profiles of Barack Obama’s male friends from his years at Occidental College in California, talked about his “roommate” while at Columbia, or wondered about any of his social activities through the years?

I know there are endless mysteries centered around a man whose college transcripts, vital records, and other important paperwork were apparently sealed away from the public in an impregnable vault somewhere cloaked in riddles and enigma — never to be seen by human eyes again — but if Barack Obama was a Republican he would have been outed as gay many years ago. 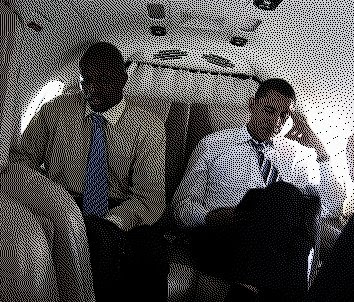 If Barack Obama was a Republican, the agenda-driven media would have hounded him about the nature of his relationship with his “bodyman” Reggie Love.

If Barack Obama was a Republican, the Left would have somehow gotten ahold of his lifetime membership at Chicago gay bathhouse Man’s Country and would have plastered those records across Politico to destroy his political career.

If Barack Obama was a Republican, the press would have quickly interpreted the dearth of girlfriends in his past as evidence of a surfeit of boyfriends and no one at the New York Times would have slept a wink until every Tom, Dick, or Larry in Barack Obama’s little black book was awarded his own reality show to gush about their down-low adventures.

...Because Barack Obama is a Democrat, the agenda-driven media is as committed to promoting a heterosexual, scandal-free image for him, because this is what “journalists” are apparently trained to do for Democrats in school…and it’s expected for them to do if they wish to keep being employed as “journalists” in the Democrat public relations machine we call the media in this country.

Someday, when the Left no longer needs Barack Obama to push the Left’s agenda, this protection will be gone and you’ll spend the last few decades of your life hearing all about Larry Sinclair, Kal Penn, Reggie Love, Man’s Country, Jeremiah Wright’s Down-Low Club, and the many men Barack Obama has been with through the years. I’m sure a great many books will be written on all of this and a great deal of money will be made by the media companies selling the scandal of it all to the public.

...If you don’t see what’s really happening here and are someone who’s quick to believe the anonymous and sketchy sources the likes of Politico put forward when it comes to a Republican in the hot seat... then maybe you should spend today coming up with a valid reason for why you can’t name a single girlfriend Barack Obama had in his entire life before Michelle and why so much of Barack Obama’s past is so aggressively cloaked in perpetual and deliberate mystery.

...It’s an open secret in the political world that Barack Obama is gay, and that there are plenty of closeted gay Republicans too. But you won’t hear about any of this because members of the permanent political class on both sides of the aisle don’t want you to hear about it.

Making no judgment whatsoever on Kevin's assertions, I will observe the following:

• "Frank" in Obama's autobiography Dreams From My Father, who was young Barack's "father figure", is known to be the Communist Party organizer Frank Marshall Davis.

• Davis was also a reported pedophile: "The Telegraph UK [reports] that Davis, a close friend of Obama's mother and his maternal grandfather, published an autobiographical, pornographic book... and wrote about enjoying sex with teenagers."

• In Davis' ghost-authored book ("Black Sex Rebel") he "admits to seducing a thirteen year-old girl, voyeurism, exhibitionism, bisexuality, rape and sadomasochism. Barack, called 'Barry' as a child, was a mere ten year old when he first met the family friend who led a secret double life... Barack describes how Frank Davis had a lasting effect on him and became a father figure over the seven years they knew one another on the tropical island... Obama described being counseled by Frank often and recalled drinking whiskey with him."

In my view, these allegations deserve the full attention of the hacks fine reporters at Politico, who are more than willing to pillory Herman Cain using anonymous and/or scarcely credible accounts.

That would explain his need to ditch the press and disappear from time to time.

That explains Biden, I guess. Other than his ability to act as life insurance for Obama.

Nothing wrong with an American President; i.e. Obama being raised by an admitted Communist, Frank Marshall Davis?

Are you frigging kidding me.

Everything is wrong with it

Now there was recently that black girl and Barry exiting a limo or leaving a hotel, Vera. There was another one, Spence and BO's father paid for an abortion an early girl pal had. I think it's hard to deny little barry had a girl friend here and there as he honed his preferences.

Anonymous said: "I think it's hard to deny little barry had a girl friend here and there as he honed his preferences."

There isn't any evidence of any girlfriends. The fictional girlfriend that Ayres made up in Dreams doesn't count.

John Drew who knew BO at Occidental thought he was gay. BO lived with his Pakistani sugar daddy.

No one has had more fun with Obama's feminine side than me. Here's my The White House is Pretty in Pink and Barack Obama has a Special Presidential Walk
videos:

Lindsey Graham is gay and the media doesn't touch it. So is Mitch McConnell. I've known about Obama, but how about GWB? He had a boyfriend (Jeff Gannon) working in the WH press and got busted for it.

O's buddy Reggie Love was busted in a gay sex scandal while a student at Duke, which is reputedly why they are moving him out of the WH.

I believe Frank Marshall Davis is Obama's real father. That he had sex with him would not only make Davis a pedophile, it would make him guilty of incest.

@Anonymous and allegations of Graham, McConnel and #43. You, your daddy and your granddaddy are all gay and no one in your family and community talks about it. What the heck. If we are going to start throwing unsubstantiated bs around, let's start with the source of that bs.