Glad they're focusing on the big issues: 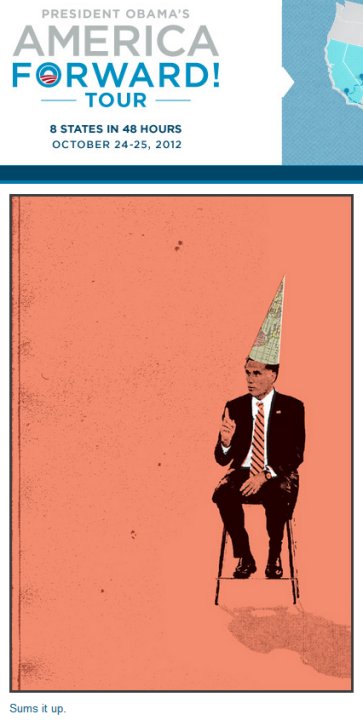 I'm so confused. Having called his opponent a "bulls***ter", portrayed him in a dunce cap, accused him of committing a felony, and saying he'd killed a man's wife -- is President Obama running for President, or to be the dictator of a third-world country?

This is just sick.

see... even the obama administration knows that romney isn't an empty chair.