Consider this reason #7,326 that Obama must be pink-slipped in November:

A poll of Egyptians conducted last month shows that they have increasingly positive views of Iran, believe that both Iran and Egypt should obtain nuclear weapons, and still trust their own military more than any other institution in Egypt. 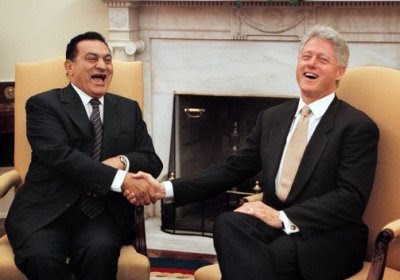 The poll of 812 Egyptians, half of them women, was conducted in a series of in-person interviews by the firm Greenberg Quinlan Rosner and sponsored by the Israel Project, a pro-Israel advocacy organization with offices in Washington and Jerusalem. According to the poll, Iran is viewed favorably in Egypt, with 65 percent of those surveyed expressing support of the decision to renew Egypt-Iran relations and 61 percent expressing support of the Iranian nuclear project, versus 41 percent in August 2009.

Eighty-seven percent of respondents want Egypt to have its own nuclear bomb.

Israel Project CEO Josh Block told The Cable that the statistics show the effect of Morsy's outreach to Iran and the danger of regional proliferation of nuclear weapons if Iran is successful in obtaining a nuclear bomb.

What exactly is the "Obama Doctrine"? Mark Langfan's theory is as good as any.