SOLVENCY: Democrat politicians run their own finances just as well as they run the country's

Color me shocked: the Democrats are just as incompetent with their own money as they are with ours. 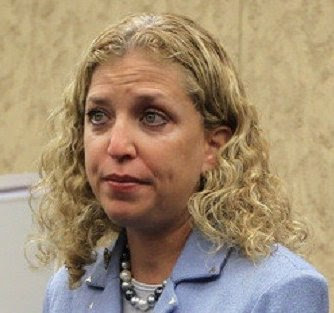 Obama For America took out a $15 million loan from Bank of America last month, according to the campaign’s October monthly FEC report. The loan was incurred on September 4 and is due November 14, eight days after the election. OFA received an interest rate of 2.5% plus the current Libor rate.

Warren Buffett, Obama donor and namesake of the infamous “Buffett Rule,” invested $5 billion in Bank of America last year in an effort to help the ailing financial institution. Last month, two weeks after OFA took out the loan, Bank of America announced a plan that would lay off 16,000 workers by the end of the year.

Obama has a complicated relationship with Bank of America. The bank contributed $20 million toward the cost of the Democrat National Convention earlier this year...

Curious how we never hear about the incestuous ties between the Obama campaign and BofA, eh?

Oh, and then there's this.

The DNC raised $20.3 million in September, including the loans, and only $3.7 million of its total fundraising came from individuals and political action committees. The rest came from transfers and offsetting operating expenditures...

Boy, that Debbie Wasserman Schultz is doing an outstanding job, isn't she? She's such a bipartisan and non-polarizing figure.

In conclusion, I assert that not only are Democrats intellectually bankrupt, they're also just plain bankrupt.

Try and contain your chortles.

at 10:56 AM
Email ThisBlogThis!Share to TwitterShare to FacebookShare to Pinterest
Labels: Democrats, Economy, Obama, Wasserman-Schultz