SMELLS LIKE DESPERATION: Krugman, Reich resort to name-calling, denial when confronted with reality

Not all Republicans are racist, homophobic, misogynistic, or xenophobic. Only 73% of them are.

Here's another mature take, this one from the loathsome troll Paul Krugman. 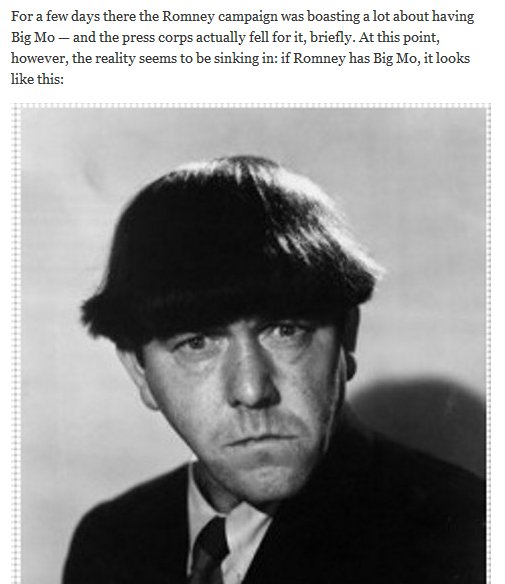 Meanwhile, back in the little land we like to call "reality", the anger of the American people is becoming palpable.

Yesterday's seven-day Gallup tracker showed Romney increasing his lead overnight by two points -- 47-50% to 46-51%. The last time Romney was below fifty in this poll was almost two weeks ago, on October 14. Since the move to likely voters, Obama has yet to reach 50% in Gallup and hasn't even been able to reach 48% since October 1.

Write it down: 2010 is going to look like a warm-up compared to what's going to happen on November 6th. That's why I've been using the hashtag #Beatdown2012, and I encourage you to use it too.

By Wednesday morning, Messrs. Krugman and Reich will have badly soiled their Depends.