MARC FABER: Reduce the Size of Government by 50 Percent

The debt burden in the U.S. and other Western countries will continue to increase, Marc Faber, author of the Gloom, Boom and Doom Report told CNBC on Monday, leading to a “colossal mess” within the next five to 10 years. 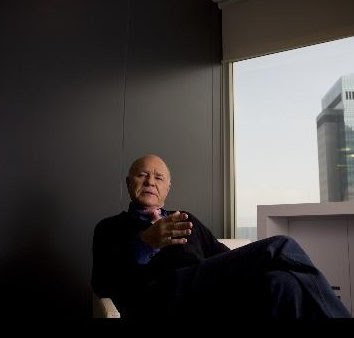 “I think the regimes will try to keep the system alive as it is for as long as possible, which means there’s no “fiscal cliff,” there’s a fiscal grand canyon,” Faber told CNBC’s “Squawk Box.”

Faber argued that the political systems in place in the West would allow the debt burden to continue to expand. Under such a scenario of never-ending deficits, the Western world would rack up huge deficits.

One day, the system would break, he said.

“Eventually, you have either huge changes occurring in a peaceful fashion through reforms, or, usually, through revolutions,” he said. The U.S. is getting closer to such a revolution, he said, as is Europe.

“I think the timeframe would be within five to ten years you have a colossal mess … everywhere in the Western world,” Faber said. “I think the deficit here (in the U.S.) — irrespective of who is in the White House — will stay above a trillion dollars per annum for at least as far as the eye can see.”

Bureaucracies in the U.S., as well as Europe, are far too big, he said, and are a burden on the economy.

“My medicine for the U.S. is: Reduce government by minimum 50 percent,” he said. “The impact would be immediately an improvement in the economy.”

With the current bloated leviathan, 50 percent is what I call a good start.