To paraphrase Glenn Reynolds, they told me if I voted for John McCain that we'd see widespread surveillance of U.S. citizens... and they were right!

Police are allowed in some circumstances to install hidden surveillance cameras on private property without obtaining a search warrant, a federal judge said yesterday. 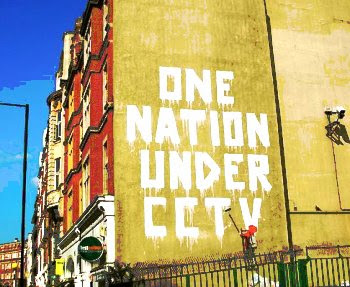 CNET has learned that U.S. District Judge William Griesbach ruled that it was reasonable for Drug Enforcement Administration agents to enter rural property without permission -- and without a warrant -- to install multiple "covert digital surveillance cameras" in hopes of uncovering evidence that 30 to 40 marijuana plants were being grown.

This is the latest case to highlight how advances in technology are causing the legal system to rethink how Americans' privacy rights are protected by law. In January, the Supreme Court rejected warrantless GPS tracking after previously rejecting warrantless thermal imaging, but it has not yet ruled on warrantless cell phone tracking or warrantless use of surveillance cameras placed on private property without permission.

Yesterday Griesbach adopted a recommendation by U.S. Magistrate Judge William Callahan dated October 9. That recommendation said that the DEA's warrantless surveillance did not violate the Fourth Amendment, which prohibits unreasonable searches and requires that warrants describe the place that's being searched.

As Mark Levin observes, every day we endure under this administration sees the circle of liberty tightening around us, the citizens that gave birth to this great country.

You know what to do on Tuesday. You know to call your friends, neighbors and family members and to rally them, to drive them to the polls, to do whatever it takes to fire this administration and begin our journey back to Constitutional government.

I wish I could cuss on here...but I am not a democrud....However I am completely fed up with our whole government.

Shortly after bush I stated a 'new world order' our CONSTITUTIONAL LIBERTIES started to slowly erode. slick willie increased the erosion and we got Waco and Ruby Ridge which as we know led to the massacre in Oklahoma City by whacked out idiots! Then the erosion became a flood with bush II and the patriot act which in part brought tsa that strip searching you before getting on an airplane or bus! It also brought in the wireless phone tapping of American citizens calling overseas -- which bambi...I mean barry said he was going to eliminate only to strengthen it for eves dropping on every American. And now bambi...I mean barry opened the flood gates or was it a hurricane he created that virtually has eliminated all of our Bill of Rights/Liberties through not one, not two, not 100, but over 900 executive orders (which no one talks about) and signing into law the 2012 NDAA that allows for the arrest and indefinite incarceration with ZERO due process!!!

We need to vote out ALL these dang career politicians and start with pure American Citizens to get our country back!!!