STUNNING: Another Green Energy "Investment" Goes Down the Tubes Just After Executives Cash Out

Yet another of President Obama's multi-billion dollar green energy scams investments has come to an untimely demise.

A123 Systems Inc., the electric car battery maker that received a $249.1 million federal grant, filed for bankruptcy protection and said it would sell its automotive business assets to Johnson Controls Inc... 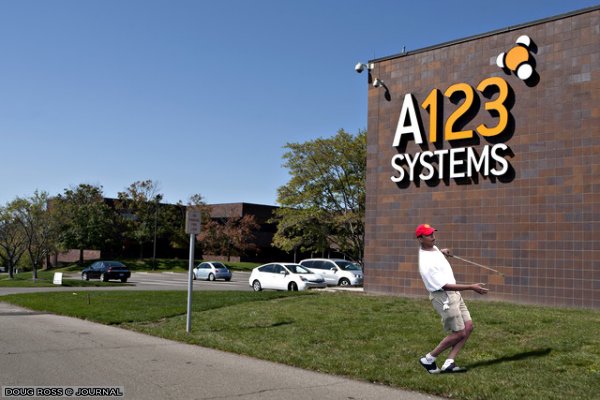 ...President Barack Obama called A123’s CEO Vieau and then- Michigan Governor Jennifer Granholm during a September 2010 event celebrating the opening of the plant in Livonia that the company received the U.S. grant to help build.

“This is about the birth of an entire new industry in America -- an industry that’s going to be central to the next generation of cars,” Obama said in the phone call, according to a transcript provided by the White House. “When folks lift up their hoods on the cars of the future, I want them to see engines and batteries that are stamped: Made in America.”

Instead, when folks lift up their hoods on the cars of the future, they'll see gas engines. Because gas engines are the only practical way to power cars for the foreseeable future.

Oh, and as for A123's executives? You'll never guess what they negotiated just a couple of months ago:

Despite known financial trouble, just a few months ago A123 awarded sweetened severance packages to its top executives...

Vice President and General Manager of Energy Solutions Group Robert Johnson, for example, would see his severance increase an extra $200,000 from the agreement, boosting it from $400,000 to $600,000. Johnson’s base salary is $400,000 this year, up 21 percent from his 2011 base salary of $331,250. That raise is consistent with a pattern of large pay increases top executives at A123 Systems have received.

Why not? The American taxpayer is paying the bills, courtesy of one Barack H. Obama and his Democrat sycophants and cronies.

China gets all of the technology that we paid for???

""Billions of U.S. taxpayer dollars have flowed to foreign companies through the Recovery Act, and we are concerned that the recent announcement could lead to even more taxpayer dollars going overseas," the letter said.

The Obama administration has a difficult decision ahead. If it rejects Wanxiang's investment, A123 could go out of business, resulting in the loss of about 1,200 jobs, including 900 in Michigan.

If it approves the deal, a taxpayer-funded business will fall into the hands of one of China's largest private companies that wants to supply the Chinese market and has outsourced U.S. jobs."

Unknown said...
This comment has been removed by the author.
6:39 AM