HILLARY TRIES TO THROW HERSELF UNDER THE BENGHAZI BUS: Says She Was Responsible For Diplomats' Security

Gee, you mean the Secretary of State is responsible for the State Department? Well, I'll be damned. 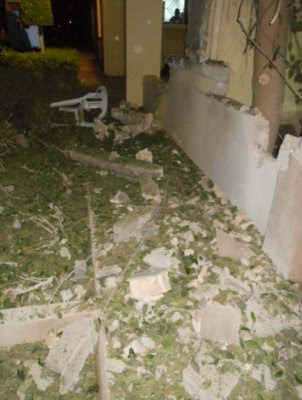 Secretary of State Hillary Clinton on Monday tried to douse a political firestorm around the deadly assault on a U.S. diplomatic mission in Libya, saying she is responsible for the security of American diplomatic outposts.

"I take responsibility" for the protection of U.S. diplomats, Clinton said during a visit to Peru. But she said an investigation now under way will ultimately determine what happened in the attack that left four Americans dead.

The attack on the night of September 11 killed Chris Stevens, the U.S. ambassador to Libya, and three other Americans at the American consulate in Benghazi.

The Obama administration has been heavily criticized after Vice President Joe Biden said during last week's vice presidential debate that the White House did not know of requests to enhance security at Benghazi, contradicting testimony by State Department employees that requests had been made and rejected. After the debate, the White House said the vice president did not know of the requests because they were handled, as is the practice, by the State Department.

Clinton said President Barack Obama and Vice President Joe Biden are not involved in security decisions... "I want to avoid some kind of political gotcha," she added, noting that it is close to the election.

An Ambassador is dead and the administration trotted out a series of lies from the outset. And the key questions remain unanswered:

• Who ordered security removed from Ambassador Stevens when he and other personnel were requesting more security?

• Who made up the story about the video and the non-protest in Libya?

• And why were the false stories promoted for weeks on end?

Four Americans are dead and more than a month has elapsed during which the administration has lied, evaded and misdirected. Perhaps a few of these questions will be asked in in the remaining presidential debates. Dare to dream.

Seriously this is a Janet Reno she's pulling. Look what happened to her. Absolutely nothing. All those people dead at Waco. 4 people dead in Benghazi.

How many more people were killed/ injured because the incendiary video cover plot? Was this intensified with the ad buy in Pakistan? Was the video in a file cabinet ready to go if a story was needed to explain violence? Was the film maker an Obama donor/stooge/Islamist? Will Sec. Clinton testify before Congress? Will she step down?
Why in an almost six hour firefight was there no military assistance?

An interesting question not asked by the media or Congress is what was the US Ambassador to Libya doing wandering around in a dangerous area to Westerners, plus al Qaeda members around the area, with virtually no security to start with?

I think Hillary was forced to throw herself under the bus.
That is the reason she mentioned the "political gotcha".
It was a sneaky way of saying there actually is something else involving Benghazi, that if it comes out, will affect the election.

Maybe They Threatened to
Kidnap Huma This Time!

Did you resign? No? Then you're not taking responsibility for jack squat. Sorry.