Rosa Brooks, a former senior adviser to the Obama State and Defense Departments has penned a damning indictment of the administration's foreign policy failures. The piece -- entitled "The Case for Intervention... In Obama's dysfunctional foreign-policy team" and published in Foreign Policy -- lists six things that Obama must do if he is reelected.

But you really only need to read the beginning of the article to get a sense for the debacle that is the Obama non-doctrine:

...he has presided over an exceptionally dysfunctional and un-visionary national security architecture -- one that appears to drift from crisis to crisis, with little ability to look beyond the next few weeks. His national security staff is squabbling and demoralized... 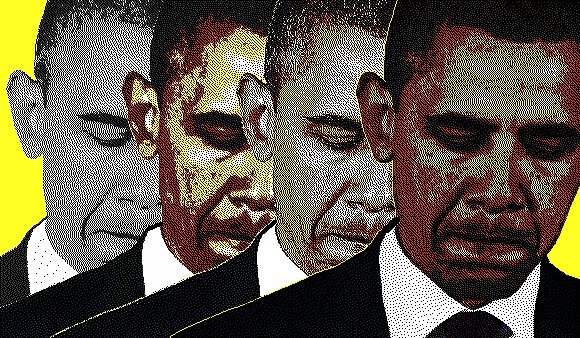 1. Get a Strategy. No, really. We don't currently seem to have one, grand or otherwise. We've got "the long war" -- but we don't seem to have a long game. Instead of a strategy, we have aspirations ("We want a stable Middle East") and we have laundry lists (check out the 2010 National Security Strategy). But as I have written in a previous column, there's no clear sense of what animates our foreign policy. And without a clear strategic vision of the world, there's no way to evaluate the success or failure of different initiatives, and no way to distinguish the important from the marginal...

Another of Brooks' recommendations is for Obama to get out of his bubble and talk to experts, not cronies, campaign aides and yes-men. But RedState reminds us that, ironically, Obama has moved backward in that respect, not forward.

The problem is actually much deeper than merely getting out of the bubble. The locus of the problem is in Obama’s personality and inflated self image. As former aide Neera Tanden said in a recent NY Magazine interview. 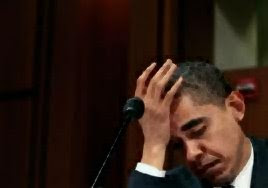 Clinton, being Clinton, had plenty of advice in mind and was desperate to impart it. But for the first two years of Obama’s term, the phone calls Clinton kept expecting rarely came. “People say the reason Obama wouldn’t call Clinton is because he doesn’t like him,” observes Tanden. “The truth is, Obama doesn’t call anyone, and he’s not close to almost anyone. It’s stunning that he’s in politics, because he really doesn’t like people. My analogy is that it’s like becoming Bill Gates without liking computers.”

Someone who doesn’t like people isn’t going to seek out people for informal meetings. People who know they are poseurs don’t talk to smart people because nothing is worse that revealing yourself as a poseur.

Somehow, over the years of coddling and social promotions, Obama has come to believe he is actually talented. As he has said:

I think Ms. Brooks is missing another obvious reason why Obama is in the bubble: he thinks things are going just swimmingly and sees no reason to change.

And his name starts with the letter 'O' and ends with an 'A'. And all we need to do is to pull the right lever on November 6th along with as many friends, family members and colleagues we can muster.

Well said. In spite of her critique of Obama's administration, she seems to share his vision, and can't quite bring herself to lay blame at his door or truly acknowledge these are structured just as he wants--as you point out in quoting his own words.

Her very words show how Obama's isolating and marginalizing security departments, handing big responsibilities to inexperienced aides, even further makes him responsible for Benghazi. He really did build that. But like a true child he says he wasn't aware, he didn't know, he only knows what he was told.

Other Presidents, with a more cohesive administration, more maturity and American value's, would still know it's ultimately their responsibility, and if they were truly not informed, would be raining down brimstone finding out...not just saying an investigation was under way. In Obama-speak, this means 'we're analyzing our damage, and figuring out how to spin the damage control-maybe we'll cook intell reports'.

as you note - in passing - his name starts with the omega and ends with the alpha.

just the opposite of ...