I refer, of course, to the New England Hurricane of 1938. 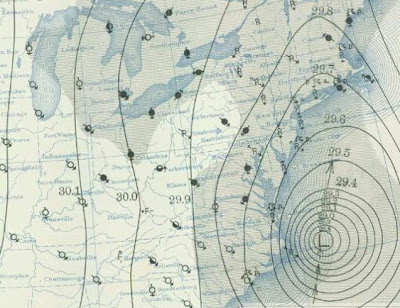 ...The hurricane was estimated to have killed between 682 and 800 people, damaged or destroyed over 57,000 homes, and caused property losses estimated at US$306 million ($4.7 Billion in 2012). Even as late as 1951, damaged trees and buildings were still seen in the affected areas. It remains the most powerful, costliest and deadliest hurricane in recent New England history, eclipsed in landfall intensity perhaps only by the Great Colonial Hurricane of 1635.

Hey man, my 1635 Ford SUV is a gas guzzler! No doubt it was to blame for the storms back then.

But - but - but... ye must BELIEVE Hurricane Sandy is proof of man-caused global warming, as is this year's Jan-July stretch of the fewest wildfires since 2003 or else.... "The End is Near for Faith in AGW"