As part of my morning routine I check a few news sites for blog fodder: NJ.com, Fox, and Yahoo News being the usual suspects. And Bingo! Yahoo gets today's prize. It's a doozy, too. Top of their page, more important than Benghazi-gate (buried at the bottom), but below Donald Trump's latest idiocy: 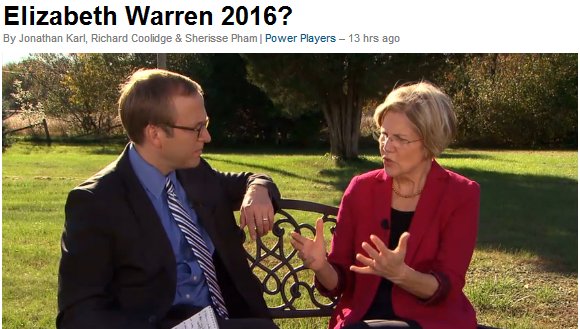 Fauxcahontas! For President! Because one lying crapweasel in the White House wasn't enough!

Obama hasn't even lost yet. And Lie-awatha hasn't defeated Scott Brown, let alone served a day in the U.S. Senate. But hey, a girl who exploits affirmative action for fun and profit can dream, right?

Thanks fans of Elizabeth Fauxcahontas Crockagawea Lie-awatha Warren, you made me snort coffee out of my nose this morning!

Uhm, media schmucks: here's a news flash. Elizabeth Warren has about as much chance of serving as President as Kim Kardashian has of being named the next Pope.

I actually think Kim's chances are better. Warren is delusional.

is kim even catholic? that may be a toss up