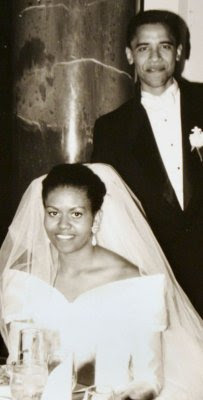 Obama’s Pity Party Begins: “Michelle and I will be fine no matter what happens”: JWF
Megyn Kelly: Media in spin room laughed and applauded at Obama’s “bayonets” line: Hot Air
Rob Schneider: "As a Liberal, As a Democrat, There's No Way I Can Support Barack Obama Again": Ace

Obama Crashing in Ohio; or, For the Love of Mercy, Leave Nate Silver Alone!: AmPower
New Ad: ‘Obama has secured the Dictator Vote. Does he have yours?’: NoisyRm
Even Slate’s Feminist Blog Finds The ‘Binders’ Meme Stupid: CDN

Memoto camera wants to capture your life -- every 30 seconds: Tuaw
Piracy Warnings Kick in for AT&T, Cablevision, Comcast, Time Warner, and Verizon Customers: DailyTech
Microsoft: Windows 8 Shows Why Steve Ballmer Must Go, And Why That Is A Buying Opportunity: Seeking Alpha

He’s not really one of us: MOTUS
Redistributing Hats to the Ignorant in Dayton: ushanka
Trumped-Up Charges? Republicans Rejected Man’s Claims That Obama Sold Cocaine In College: Radar

QOTD: "...Speaking of Fox and last night’s debate, it ended up being the highest-rated program in the network’s history, slightly ahead of their audience for the Palin/Biden debate in 2008. Total television viewers according to Nielsen’s preliminary estimate were 53.9 million, which is predictably way off the pace of the first and second debates. Too much competition last night with the NLCS and “Monday Night Football” and likely not enough interest in foreign policy. It may also be that low-information voters decided they didn’t need a third look at Romney. He killed in the first debate and was perfectly acceptable in the second, so he’d already cleared the bar of viability. And he knew it, which is why he was playing prevent defense..." --Allahpundit

Given what we know now about Benghazigate, our dear leader could have acted in real time and tried to protect our people on the ground.

Instead he acted like the celebrity candidate and had bigger priorities – getting to bed to get up early to go to a fundraiser in Las Vegas.

Instead of acting like a leader, he shirked his duties.

He could have been 15 points ahead of Romney in the polls – although he would have had to have answered for his negligence in protecting the Benghazi embassy in the first place – but people would have looked past that IF he had taken action during that attack.

YOU CANNOT BE SERIOUS.

The man should turn in his resignation as a national disgrace.