OF COURSE NOT: Obama Has 'Absolutely' No Regrets For Ignoring Economy During His First Term

As if you needed more proof that Barack Obama cares for only one thing -- amassing more and more power over you, the individual -- I simply point to this interview with the Des Moines Register. It was originally off-the-record, perhaps because of his comment about ignoring the economy, but the Register was able to shame the campaign into removing the embargo through a very public lashing.

The Obama campaign has finally released the transcript of his endorsement interview with the Des Moines Register--and it is clear why they were reluctant to do so: the President says he has "absolutely" no regrets about ignoring the economy during the first two years of his term, when Democrats controlled Congress.
Here is the key part of the exchange:

Q: Yes, that begs a question from us, Mr. President. Some say you had a super majority in your first two years and had this incredible opportunity, but because of what you were talking about, as you were running, you had to go to get Obamacare done. Do you have any regrets taking on some of the economic issues, some of the issues that we're talking about for your second term, that when you had the chance, so to speak, during your first -- do you have any regrets that you didn’t do that at that time? 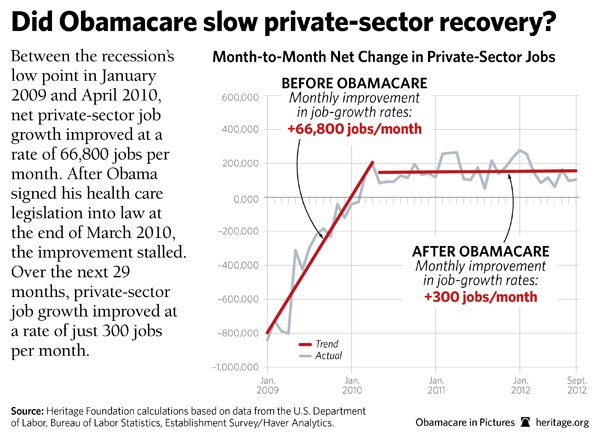 THE PRESIDENT: Absolutely not, Laura. Remember the context. First of all, Mitch McConnell has imposed an ironclad filibuster from the first day I was in office. And that's not speculation. I mean, this is -- it’s amply recorded. He gave a speech saying, my task is to defeat the President. So we were able to pass emergency action with the stimulus, but we had to get two votes from Republicans...

Obama's response is misleading. Republicans made no such filibuster threat at the outset of his first term. He refers to remarks made by Senate Minority Leader Mitch McConnell in late 2010, not in late 2008 or early 2009. Republicans in fact attempted to work together with the then-popular Obama before being rebuffed ("I won").

In addition, as journalist Bob Woodward points out in The Price of Politics, McConnell's remark about his "top priority" being to deny Obama a second term was taken out of context (McConnell had stressed a desire to work with Obama if he changed his approach). Even MSNBC ... felt compelled to apologize on the air for misreporting McConnell's remark. Obama has no such scruples, and simply repeats the lie as an excuse.

Meanwhile, the president has released his jobs plan after just four short years, and I'm guessing it could really turn things around. Or it could just be another useless campaign gimmick loaded with dozens of lies about the economy accompanied by glam photos of Obama. 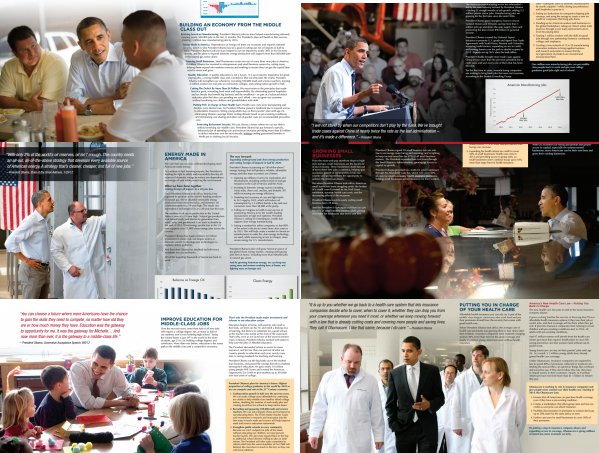 Exactly which it is I'll leave as an exercise for the reader.