The writing was on the wall when Suffolk stopped polling there, but Mason-Dixon confirmed it today: it’s over in Florida and Romney will win. 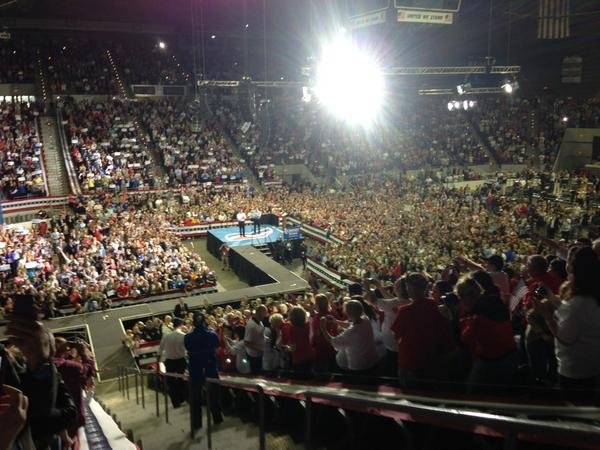 “Romney has pretty much nailed down Florida,” said Brad Coker of Mason-Dixon Polling and Research, which conducted the poll for the Times and its media partners. “Unless something dramatically changes — an October surprise, a major gaffe — Romney’s going to win Florida.”

Which both campaigns know very well. What I’m hearing privately – and it may also be public information right now – is that Obama for America has left the shell of its Florida operation up for appearances, but moved out its funding and national support out to other, more hopeful places

Twitchy is reporting that immense crowds formed a line a mile long to see Mitt Romney in Pensacola.

Some clever and intrepid group even created a U.S. flag using their T-shirts and careful pre-positioning (insert): 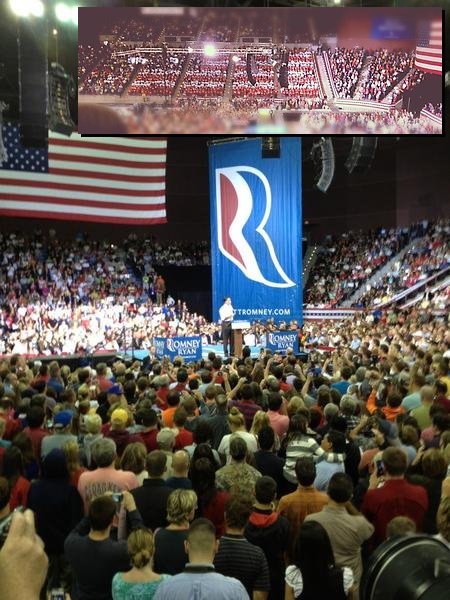 Methinks that Florida just told Mr. Obama, "See ya... wouldn't want to be ya!"

Which battleground state will be next to send the president a pink-slip?

at 11:46 AM
Email ThisBlogThis!Share to TwitterShare to FacebookShare to Pinterest
Labels: Democrats, extremism, Obama, Protecting America

"Unless something dramatically changes — an October surprise, a major gaffe — Romney’s going to win Florida."

What?!?! What 'major gaffe' could possibly be worse than the Obama administration's criminal negligence with F&F and Benghazi?

God help us all that any poll is close! Are we so screwed up as a society that this election could be close? Whiskey Tango Foxtrot???

At least this election there won't be any idiots in south Florida trying to divine voter intent through hanging chads. We can rest easy about that.