It turns out that Obama contributor and Hollywood mogul Harvey Weinstein is releasing his TV movie about Bin Laden raid just two days before the election. Oh, and he's expanded and fictionalized the president's role in the attack to make him appear more assertive and decisive.

Thanks to the magic of editing, President Obama will have a starring role in a television drama about one of his biggest accomplishments — the killing of Osama bin Laden — that will be shown just two nights before the presidential election.

...Set for a prime-time debut on Nov. 4 on the National Geographic Channel, and a release the next day on Netflix, the film — “SEAL Team Six: The Raid on Osama bin Laden” — is being backed by Harvey Weinstein, a longtime Democratic contributor and one of the Obama campaign’s most vigorous backers. Mr. Weinstein bought the rights to the film for about $2.5 million at the Cannes festival in May…

But promotional materials and a copy of the movie provided to The New York Times this week also show that the film has been recut, using news and documentary footage to strengthen Mr. Obama’s role and provide a window into decision-making in the White House...

...And Howard T. Owens, the chief executive of the National Geographic Channel, who joined the call, said his company had insisted on removing a scene that showed Mitt Romney appearing to oppose the raid.

I wonder if Weinstein included Valerie Jarrett's role in the raid? She blocked the raid at least three times -- overruling the president -- which could have resulted in disaster as weeks went by before Hillary Clinton demanded action.

Or maybe the loathsome Weinstein could do a film about Obama's leadership as Ambassador Stevens and three other heroic Americans died needlessly at Benghazi. 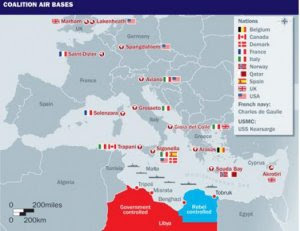 • US Troops in Italy were not called in to rescue officials

The US had troops in Sigonella, Italy – about an hour away. The attack went on for at least four hours.

Obama did nothing. He took no action and, in fact, is said to have gone to sleep in order to be well-rested for a fundraiser in Las Vegas.

Or maybe Valerie Jarrett was indisposed, which explains why he was unable to make a decision.

I wonder if Valerie J. was calling the shots during Benghazi.