Even better: he has no background in residential construction. Charles Gasparino at Fox Business gives us the lowdown:

David Richter, the president of Hill International (HIL), a mid-sized outfit that manages construction projects, was speaking last year at a private meeting with investors when he was asked about the recent success of his newest subsidiary, HillStone International. 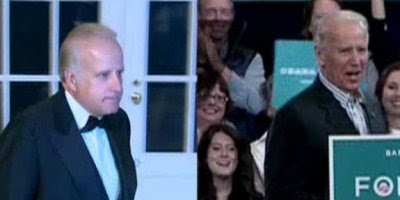 How was it that HillStone, a newcomer in the business of home building, landed a massive and potentially lucrative contract to build 100,000 homes in war-torn Iraq?

Richter didn’t mince words. It really helps, he said, to have “the brother of the vice president as a partner,” according to a person who was present.

The “brother” Richter was referring to during the meeting is James Biden, the younger brother of Vice President Joe Biden.

Since November 2010, James Biden has been the executive vice president of Hill International’s housing subsidiary despite little if any documented work history in residential construction. And if the company’s projections are accurate, both Hill and Biden are on the verge of a huge payday...

...the Iraq project may be the most lucrative single development in Hill’s history.

Just a coincidence, I'm sure.

When the final history of this administration is written -- with the dozens of green energy companies tied to Obama's campaign bundlers, the hundreds of Mexicans and Americans killed by Operation Fast and Furious, and the rest of the hideous Obama legacy -- it will have recorded the greatest collective fleecing of the American taxpayer in history.

And yet the latest polling has the election neck and neck. As G0d is my witness, I can not understand how Obama is even still in the race.

It looks like the value of the contract is a lot more than $100 million; it's more than $1.5 BILLION. Biden is one of the partners that will split $735 million when they're done. http://www.theblaze.com/stories/report-did-this-company-win-a-lucrative-contract-because-of-vps-brother/

that's outrageous! it's almost as bad as KBR getting the no-bid contract in iraq!

KBR was one of the few if not the only company with the resources available to provide the logistical support outlined in the DOD contract. There are dozens if not hundreds of contractors capable of building this number of homes in Iraq.