OH, OKAY: President says election 'has nothing to do' with Libya deaths

Well, in that case, it's settled!

President Obama again on Friday defended his administration's handling of the attack that killed four Americans in Libya, and said he's not holding back information ahead of Election Day.

"The election has nothing to do with four brave Americans getting killed and us wanting to find out exactly what happened," Obama said in an interview with KUSA, the NBC affiliate in Denver. 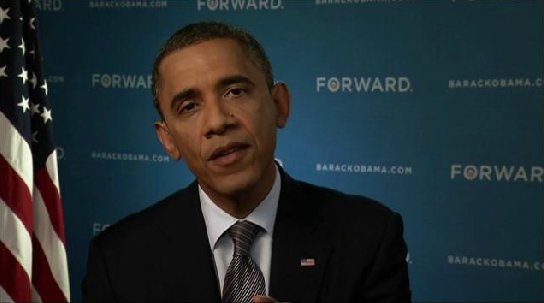 ...Pressed twice during the KUSA interview, Obama wouldn't address a Friday report suggesting that the Americans in Benghazi asked for more assistance as the Sept. 11 attack was taking place, and instead stressed that his administration is engaged in a thorough investigation.

As an aside: is it just me, or does the president look like he's been doing some choom? Or is it that he just saw some of the internal polls from the battleground states?

He's just tired. It's hard work douchebagging around the country.

He graduated from weed to the best legal pharmaceuticals our money can buy a long time ago.

He's on something, that's for damn sure.

I believe he sees himself next year in his beach front estate that Penny is GIVING him being able to do all the boyz and drugs his little heart desires.

It's what he means when he says, if he loses, he and Michelle will do just fine.

What a disgrace. Carter was just incompetent, this assdouche is on a level all by himself.
MM

Been on a bender ever since the eve of the 1st debate, might have to get Cal Penn back on the staff to secure sufficient supply for the next couple mos, the way things are going he'll be rollin em fat

is he ever NOT stoned?

and I don't think he's gonna retire quietly to Hawaii. He's gonna go for the UN head to take over the world. He thinks he's THAT smart.

fubar, I suspect you're right (though I doubt if he'll turn down the Hawaii mansion).

The Beeb released a poll the other day showing Europeans would go 50 Obama and 9 Romney if they were to vote. Obastard's cred is high in the international community (where they don't have to live with him but can worship from afar) so I suspect the top job at the UN is his for the asking.

That makes his importation of international observers for our elections all the more problematic. He's laying the groundwork for UN intervention into every aspect of American governance. He will be a Hydra in that post with a head in every issue.

Oh, about that Hawaiian mansion...Penny Pritzker can stand down. Barry-O can afford to pay cash for it himself since he will be pocketing every penny left in the "barackobama.com" campaign fund, after payment of taxes. He and Mooch will indeed be fine.

The man has issues for sure and doesn't care one bit about the country. This is the same interview where he laughs at wasting money on failed green energy.

oh i don't doubt the mansion thing. he's got to park the first lunchlady and the spawn somewhere.

Choom faced chump for sure. Impeachment is not enough.