PHOTOS OF NEW YORK'S SUBWAY SYSTEM: "the most devastating event to the city’s subway system ever"

As everyone who has been to New York City knows, without its underground arteries - the subway system - the city is if not dead, than certainly in an indefinite coma. By that logic, New York will not get out of the critical ward for many days, because hours ago the head of the New York City’s transit system just called Hurricane Sandy "the most devastating event to the city’s subway system ever." 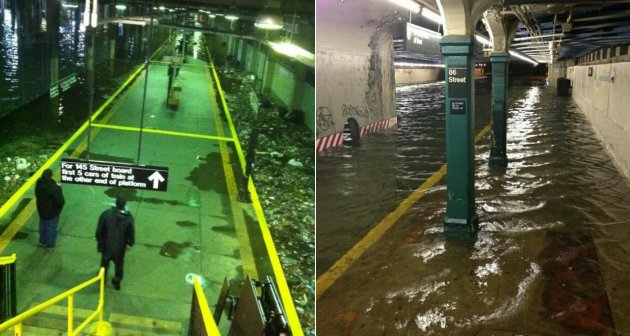 At last check seven subway tunnels under the East River had flooded, as did the Queens Midtown Tunnel—and Metropolitan Transit Authority chairman Joseph Lhota said there is “no firm timeline” for when the system would be back up and running. According to other MTA employees it would take between 14 hours and 4 days just to pump the water out of the subway system. We'll take the over. 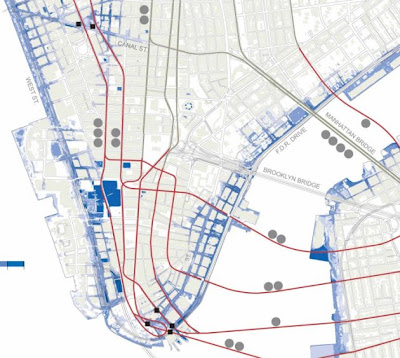 And don't ask what happened to all of the rats.

at 7:29 PM
Email ThisBlogThis!Share to TwitterShare to FacebookShare to Pinterest
Labels: Climate

The unions will make billions of dollars off of this...just like when they refused to plow the streets during that blizzard last year or a couple of years ago. "Never let a crisis go to waste." These filthy progtards are all the same, all of the time. Altruism is the province of conservatives...liberals are mercenary misanthropes.

"And don't ask what happened to all of the rats."

They now reside at the dNC headquarters in Washington DC?

Remember, this is the Left's vision for all of us, i.e. a citizenry dependent on a government-controlled mass transit system (also known as a single point of failure with limited to no redundancy).

I didn't see the "photo" of the skindiver in the subway tunnel.