I'm betting that car insurance rates near I-10 are about to go up dramatically. 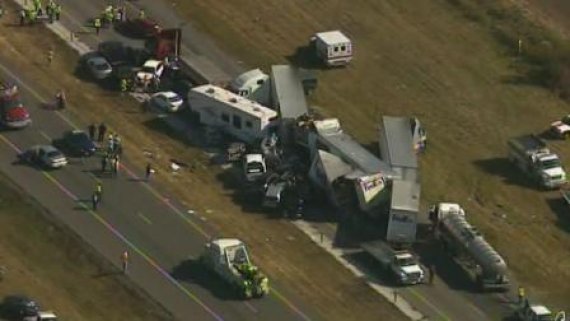 Officials said dense fog is likely to blame for the crash. At least 51 people have been hospitalized, with at least eight critically hurt.

The collision happened around 8 a.m. Thanksgiving Day on Interstate 10 near Beaumont, which is about 80 miles east of Houston...

at 10:47 PM
Email ThisBlogThis!Share to TwitterShare to FacebookShare to Pinterest
Labels: Autos