But, to be sure, both apply.

In recent days and weeks, Hamas and the other terrorist organizations in Gaza have made normal life impossible for over one million Israelis. No government would tolerate a situation where nearly a fifth of its people live under a constant barrage of rockets and missile fire, and Israel will not tolerate this situation. 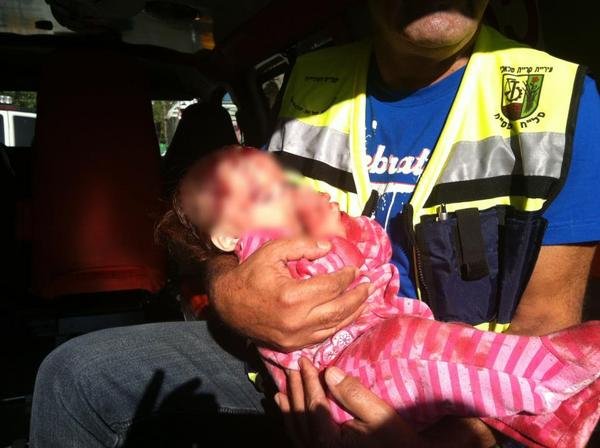 This is why my government has instructed the Israeli Defense Forces to conduct surgical strikes against the terrorist infrastructure in Gaza. And this is why Israel will continue to take whatever action is necessary to defend our people.

I want to remind you that seven years ago, Israel withdrew from every square inch of Gaza. Now Hamas, they took over the areas we vacated. What did it do? Rather than build a better future for the residents of Gaza, the Hamas leadership, backed by Iran, turned Gaza into a terrorist stronghold.

Hamas is committing -- and has committed for years -- war crimes. War crimes by the thousands.

In fact, its actions over the last few weeks represent a "double war-crime":

If it were up to me, I'd bomb Gaza into the Stone Age. Which, of course, would be an improvement over a Hamas-led government.

Damian - that's the dumbest thing I've ever read. No legal basis for your argument and Hamas' activities are acknowledged throughout the West as fitting the definition of classic war crimes.

Firing rockets from people's apartment balconies is A WAR CRIME.