Biff Spackle points us to this Fox News report, along with two exclusive photos:

Internal emails among senior U.S. military officers indicate that no sailors watched Usama bin Laden's burial at sea from the USS Carl Vinson and traditional Islamic procedures were followed during the ceremony. 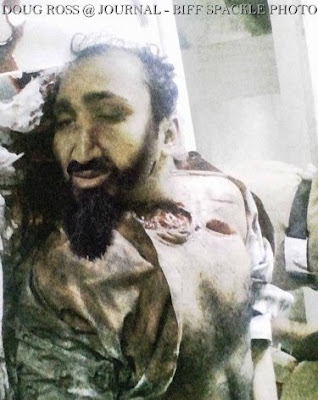 ...One email sent on May 2 by a senior Navy officer briefly describes how bin Laden's body was washed, wrapped in a white sheet, and then placed in a weighted bag... According to another message, only a small group of the ship's leadership was informed of the burial.

"Traditional procedures for Islamic burial was followed," the May 2 email from Rear Adm. Charles Gaouette reads. "The deceased's body was washed (ablution) then placed in a white sheet. The body was placed in a weighted bag. A military officer read prepared religious remarks, which were translated into Arabic by a native speaker. After the words were complete, the body was placed on a prepared flat board, tipped up, whereupon the deceased's body slid into the sea."

The email also included a cryptic reference to the intense secrecy surrounding the mission. "The paucity of documentary evidence in our possession is a reflection of the emphasis placed on operational security during the execution of this phase of the operation," Gaouette's message reads. Recipients of the email included Adm. Mike Mullen, then the chairman of the Joint Chiefs of Staff, and Gen. James Mattis, the top officer at U.S. Central Command.

...Although the Obama administration has pledged to be the most transparent in American history, it is keeping a tight hold on materials related to the bin Laden raid. In a response to separate requests from the AP for information about the mission, the Defense Department said in March that it could not locate any photographs or video taken during the raid or showing bin Laden's body. It also said it could not find any images of bin Laden's body on the Vinson.

...The Pentagon also said it could not find any death certificate, autopsy report or results of DNA identification tests for bin Laden, or any pre-raid materials discussing how the government planned to dispose of bin Laden's body if he were killed. 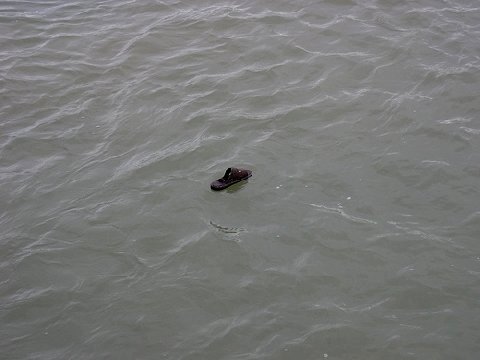 Shhh. No one tell the most transparent administration evah.