A big thing that's lurking beneath our politics -- which most people don't see yet -- is that there is going to be a mad scramble between "investor classes" in the coming US managed bankruptcy, with Obama insisting his coalition be paid off first and Republicans demanding their constituents be first in line to collect the very limited of dollars salvageable from the concern. Four or five dollars have been promised for every dollar actually available. --Ace

Holman Jenkins says that a nicer term for the inevitable U.S. default is 'entitlement reform'. Here are the top 10 inconvenient truths of the coming soft bankruptcy of the United States:

10. A few years ago, when the economy was humming, a common estimate held that federal taxes would have to rise 50% immediately to fully fund entitlement programs. 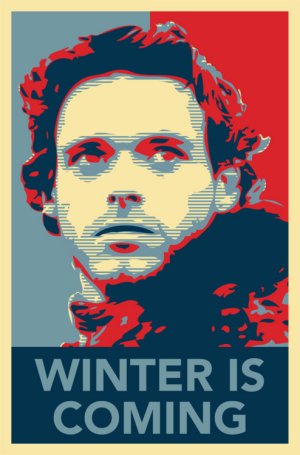 9. Today, a 50% tax increase would be needed just to meet the government's current spending, never mind its future obligations.

8. State and local taxes would have to increase by $1,385 per household immediately to make good the pension promises to state and local workers, including firefighters and cops.

7. Under Paul Ryan's Medicare plan, the affluent would pay more.

6. Under President Obama's plan, the affluent would flee Medicare to escape the waiting lists, shortages and deteriorating quality as Washington economizes by ratcheting down reimbursements to doctors and hospitals.

5. You don't have a legally enforceable right to the free care you imagined you were promised.

4. If cutting subsidies for Big Bird is unthinkable, a joke, how much more so cutting benefits for middle-class voters?

3. President Obama knows cuts are necessary but seeks to position Democrats politically as the defender of all spending. Notice that, with ObamaCare, he is deliberately creating a constituency of the young to set against the old in future fights over the allocation of federal health care dollars.

2. America's fiscal cliff is an artificial crisis. We have no trouble borrowing in the short term. But at some point the market will demand evidence that long-term balance is being restored.

1. President Obama said in his first post-election press conference that he doesn't want any proposals that "sock it to the middle class." He knows better. A long-term socking is exactly what's coming to the middle class, which must pay for the benefits it consumes.

To paraphrase the Stark clan, Winter is coming.

Of course, the house of paper-thin Obama cards will collapse on the next President's watch.

We knew this when we (collectively) let the Rovians push Romney as the nominee.