As a writer at Beta News, Wayne Williams switched to Windows 8 as his full-time user interface. The overall results are represented in the headline: "Windows 8: Weak on tablets, terrible for PCs."

... the heading of this article -- "weak on tablets, terrible for PCs" -- isn’t actually mine. It’s from a new study on the UseIt website that asked 12 experienced PC users to take a look at Microsoft’s OS (on PCs and Surface RT) and condensed their findings into a scathing report that’s full of damning, but entertaining declarations, such as: "Windows 8 on mobile devices and tablets is akin to Dr. Jekyll: a tortured soul hoping for redemption. On a regular PC, Windows 8 is Mr. Hyde: a monster that terrorizes poor office workers and strangles their productivity". 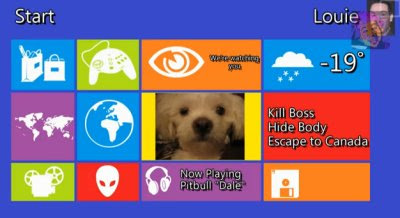 The report does have some valid observations though: "One of the worst aspects of Windows 8 for power users is that the product's very name has become a misnomer. 'Windows' no longer supports multiple windows on the screen. Win8 does have an option to temporarily show a second area in a small part of the screen, but none of our test users were able to make this work. Also, the main UI restricts users to a single window, so the product ought to be renamed 'Microsoft Window.'"

The report complains that Windows 8’s style makes it difficult to know what can and can’t be clicked. Buttons don’t look like buttons; links look like headings. Live content makes it impossible a lot of the time to know what various tiles are supposed to represent...

...Like any piece of software, once you know how to use it, Windows 8 is actually pretty easy to navigate around, but you’ve got to invest time in it. The mark of a good user interface, for me, is how obvious and intuitive it is. If you have to wave your mouse around the screen, clicking more in hope than expectation, someone, somewhere has done a bad job.

With a great interface design, you move around the screens and menus instinctively, without thinking about what you’re doing. If you have to pause and wonder how the hell to do something fundamental -- like shut down an operating system -- the UX designer has failed you very badly indeed.

To try and combine both would appear to require an unprecedented usability breakthrough.

Worse still, there are reports Microsoft is censoring criticism of Windows 8. 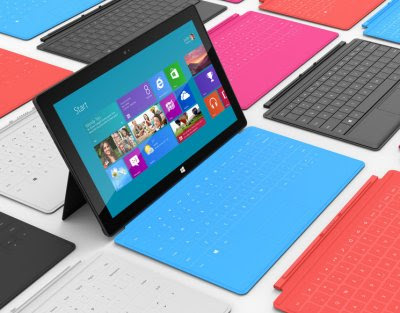 A message board thread where developers unanimously criticized the Windows 8 tile interface has been delisted from Google, thanks to a Digital Millenium Copyright Act (DMCA) takedown order issued by none other than Microsoft itself.

The board is dedicated to ConeXware's Power Archiver compression toolkit, and the thread in question began on August first, when Windows 8 was released to manufacturing. The post announcing the RTM was then followed by a handful of comments from different users and developers who panned the Windows 8 interface...

"Words cannot describe just how much I hate that Metro Interface. Yuck!"

... "The problem here is that Metro isn't designed to be used with a keyboard and a mouse. I don't understand how MS could come up with this idea of mixing two totally different GUIs with each other."

... "I hate Metro and cannot use it...The kicker is that MSoft is removing the desktop option AND making sure that those hacks that bring it back do not work."

Then, on August 17, Microsoft filed a complaint with Google that this message thread contained copyright infringing materials.

A just-released survey indicates just two of five current Windows users plan on upgrading to the latest version of Microsoft's operating system. While these are the early days, it would appear Microsoft has some heavy public relations lifting to do.

at 6:15 PM
Email ThisBlogThis!Share to TwitterShare to FacebookShare to Pinterest
Labels: Engineering, Scitech

"And if you do email of any volume, you gotta have a keyboard. So we look at the tablet and we think it’s gonna fail."
- Steve Jobs, 2003

In early 2000, while Apple was beta-testing OSX, Microsoft put a heavy ad campaign out asking people if they really wanted to migrate to a completely new OS - knowing, of course, that they would need to do the same thing in the next few years (ie: Windows XP).

Now, Microsoft is trying to lead the pack by writing an OS that covers all computing devices from phones to (the soon to be archaic) desktops - it may prove to be their swan song... but, it's something Apple's already working towards as they converge iOS with OSX - I suspect there won't be an "OSXI" or "OS 11", but rather an "iOS" - and, I suspect they may not get it right either.

My Mom upgraded to a Windows 8 (non-touch screen) when Sandy blew out her laptop. So far, the results are mixed. In some ways, she finds it easier. In others, not so much. Too much crap running on the laptop.

Heck, consider 7: most people never use any widgets. I don't. No a one. Don't need to.

And, I've played with them a bit, both tablet and PC, over at Best Buy. Not impressed. It's clunky and stupid looking. Why would I move from Vista which uses too much resources to something which uses even more and looks dumb? Why move from Droid, where it looks good (same with iPhone) on phone and tablet, to this Windows silliness?

I know FOAF data is anecdotal, but so are reviews, really. And I've seen some blistering reviews of Win8. However, I also saw them with Win7 when it was new. But a few folks whose opinions I trust, and who are not shilling for Microsoft, have told me they like it, a lot.

(I've done systems analysis, and put together many systems using various OS flavors over many years. So for me to trust someone else's opinion, they have to know a lot more about than I do.)

What they liked was the stability, the already-available set of drivers, and the way it works with current generation hardware.

(These are folks that have to GSD,RFN on computers, too, and not social-networking culture enthusiasts.)

I'm guessing by SP2 or so, all the cranky Win8 reviewers will have moved on to some other topic, and the WinXp folks will all be moving up a level.

Windows 8 on the PC certainly allows multiple windows to open through the standard desktop. Seriously, just consider the Metro interface as a replacement for the Start button and most everything else translates easily.

The OS is more stable, and I love the synch with my Surface that allows me to easily share files, settings, favorites, etc. between the two.

Now, once I get my Win 8 phone I get to take advantage of the full ecosystem. Nice!

I am still on XP because I cant use the explorer on 7.

To be honest, I never saw a reason to go beyond XP. Microsoft got it right for the first time regarding reliable security, reliable updates, and compatibility with the rest of the world with XP. XP was brilliant ... everything since then merely the product of the human tendency toward incessant meddling. Kind of like the Enlightenment and the Founding.