Will those hilarious Hamas hi-jinx ever stop?

Hamas terrorists are not only launching hundreds of Rockets at Israeli civilians, they are using Palestinian children as human shields.

The Palestinian terrorists intentionally set up a launch site for their Fajr 5 rockets next to a children’s playground in Gaza. 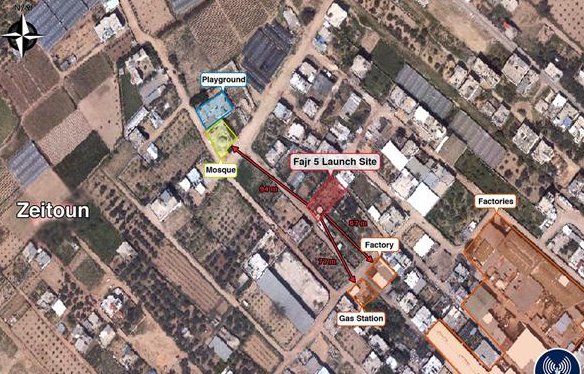 As you can clearly see from the picture above provided by the Israel Defense Forces (IDF), the launch site for their terrorist rockets is half a block away from a place of worship, a playground, and numerous other civilian targets...

...This is the complexity and hypocrisy that Israel faces in attempting to defend its citizens. What is hard for people to imagine who live here in the U.S. is the constant barrage of rocket attacks faced by the Israeli people.

IDF is using social media to paint a poignant picture of how this same kind of terrorist attack would be tolerated around the world. Below is an image that the IDF is sharing on Facebook and Twitter... 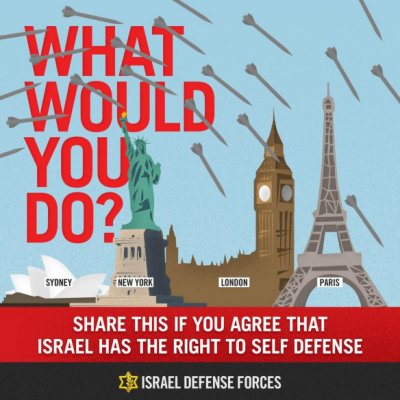 ...Over 600 hundred rockets have been launched into Israel in just the last few days striking as far into Israel as Tel Aviv and now the capital city of Jerusalem.

Only overwhelming force will deter these madmen. Say a prayer for Israel tonight.

at 9:17 PM
Email ThisBlogThis!Share to TwitterShare to FacebookShare to Pinterest