WELL DONE, SUSAN RICE: Which countries voted to recognize the latest collection of genocidal maniacs at the United Nations

Twitchy points us to the following map: 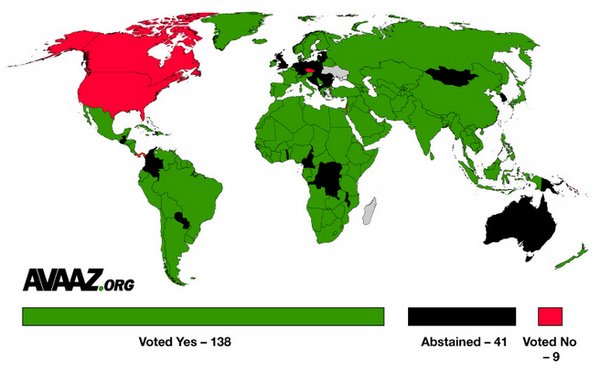 ...Yep, that sea of green and black was Rice’s followup to her role in misleading Americans on the nature of the terrorist attack on the U.S. consulate in Benghazi. Only eight nations joined the United States in voting “no” on granting Palestine nonmember observer status at the United Nations. Only eight. And instead of being fired, she may be up for a promotion to Secretary of State...

Please recall that the Palestinian Authority, in addition to its terrorist roots and its non-stop curriculum of genocide for its children, was inspired by Adolf Hitler and the Third Reich.

And that what really happened in the Middle East is something you'll never see while watching antique media.