EVEN IN MASSACHUSETTS: Lawmakers Slam Obama Administration's Hard-Sell of Welfare Benefits for Aliens

The U.S. government is running trillion-dollar deficits every year. And the Obama administration is trying its level best to spend more on food stamps and health care benefits for illegal aliens:

Local lawmakers are fuming over an Obama administration policy promoting welfare and EBT benefits for immigrants, with a “welcome” package and promotional website that encourage new arrivals to take advantage of the nation’s generous government largesse. 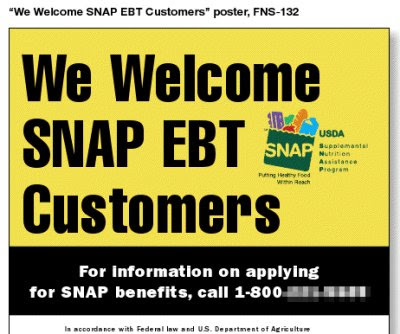 ...The fight over welfare for recent immigrants is unfolding in Washington, where a group of GOP senators has sent a letter to U.S. Department of Agriculture Secretary Thomas Vilsack demanding answers as to why food stamps and other welfare benefits are being promoted to new immigrants. The agency’s Welcome toUSA.gov website includes a comprehensive handbook directing immigrants on how to obtain food stamps, Medicare, disability and other taxpayer-funded aid...

“The federal government now is giving packets to people when they come to the United States ... that promote welfare benefits,” said U.S. Sen. Jeff Sessions, an Alabama Republican and ranking member of the Senate budget committee. “That is contrary to law and sound policy.”

...Sessions and three other GOP senators sent a letter to top Obama cabinet members in August asking how many people were given visas who are now on public assistance. A follow-up letter sent last month seeks to determine how much federal money is spent annually on food stamps for noncitizens, as well as explanations on why the USDA is actively promoting welfare expansion...

• The USDA signed a pact in 2004 with Mexico requiring 50 U.S.-based consulates to hand out information to Mexican nationals on how to obtain welfare and other benefits.

• The agency created a Spanish-language ad in which an individual is “pressured” into accepting food stamps, even though she says her family is self-sufficient.

A SNAP pamphlet says Electronic Benefits Cards, which allow welfare recipients to withdraw cash and pay for food and other items, “make it more difficult to commit SNAP fraud.” The ad also states: “Everyone wins when eligible people take advantage of benefits to which they are entitled.”

Another site gives SNAP recruiters tips on how to “overcome the word ‘no’” when seeking to sign up new recipients...

Are there no Democrats with virtue who will decry this madness?

"Are there no Democrats with virtue who will decry this madness?"

To Democrats, this is not madness. This is Utopia.